A Deity Speaks on Anger 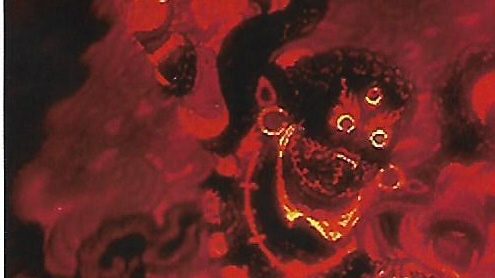 Ven Kumara speaks on anger and its effects on the angered and the object of anger.

I am not one afflicted in mind,
Nor easily drawn by anger’s whirl.
I never become angry for long,
Nor does anger persist in me.
When I’m angry, I don’t speak harshly
And I don’t praise my virtues.
I keep myself well restrained
Out of regard for my own good.
(extracted from Samyutta Nikaya 11:22)

These words were spoken by Sakka, king of devas. He was probably a sotapanna by the time he instructed the Tavatimsa devas with these words. However, not being an arahant yet, he was still not free from anger. Yet, although he was sometimes beset with anger, he was able to exercise restraint.

To practise restraint from anger (or any other unwholesome tendencies), it is necessary to have mindfulness (sati) and clear comprehension (sampaja¤¤a). I suppose Sakka had these qualities, to the point that he was never angry for long.

We too can achieve that if we really try. When anger arises in us, instead of acting upon it with words (or action!), we can choose to mentally step back and watch that anger—as soon as possible. See how it is affecting our mind and body. See how we are torturing ourselves with our own anger. Do that patiently. Are we making ourselves happy or miserable? If we can honestly see our anger as it is, then the anger will naturally ease off. Whoosh! With such persistent and firm wholesome effort, anger simply cannot survive. Cool, huh?

A meditation teacher once gave me this advice: when angry, it is better not to speak. Otherwise, with anger in the mind, our speech tends to be unwise.
I think that makes a lot of sense. We may try to control our speech that is spoken while our heart is still heated with anger; but if we were to be thoroughly honest with ourselves, we can see that the words we use will tend to be improper. Even if the words are not literally harsh, the tone is likely to be spiked with anger. Under the influence of anger, that is to be expected.

So, when we are angry, it may be best to keep our mouths shut and patiently watch the anger with detachment until it dies off. But what if we are in a situation where we find that it is better to say something at that time and place?

I suppose there are situations when we should speak, despite the lingering anger, such as when a parent needs to admonish a child at a specific juncture. Although admonishing a child, or anyone else, can be and is best done without anger, we may find situations where it is better to speak there and then although the anger is still there. If that is the case, we had better double check first to be sure that it is really useful and suitable then—the mind can certainly be quite tricky. In such a situation, be extra careful about our words and tone. Not being eager to speak or act would certainly help. So, besides the anger, the eagerness should be watched too.

If it were not necessary to speak at that time, then it would be better to plainly keep our mouths shut and patiently be with the anger till it dies off. Then, having cooled down, our speech will naturally not be harsh, since anger is no longer there as the motivating force. Sometimes we may even find what we earlier thought was so very necessary to say, is better left unsaid after all!

All these may seem somewhat complicated, but if mindfulness and clear comprehension are present, we’ll naturally know just the right thing to do at the right time and in the right way. It wouldn’t be complicated at all.

Watching anger instead of expressing it may be difficult for people who are prone to anger but I believe that with persistent practice of mindfulness and clear comprehension, it should become easier.

If we choose to assert ourselves instead of applying restraint when angered, we may cause harm to the other party and we will certainly cause harm to ourselves. I know of a man who was highly regarded by many people. However, in a severe display of anger, he managed to destroy much of the respect people had for him. On top of that, he also put himself under a whole lot of unnecessary stress.

In the Culakammavibhanga Sutta (MN135), it is stated that a habit of displaying anger can lead a person to hell. However, if he is lucky enough to be reborn as a human being, he is ugly wherever he is born.

Therefore, while we are still not free from anger, we should emulate Sakka and be mindful of it and exercise proper restraint. This is, after all, for our own good.