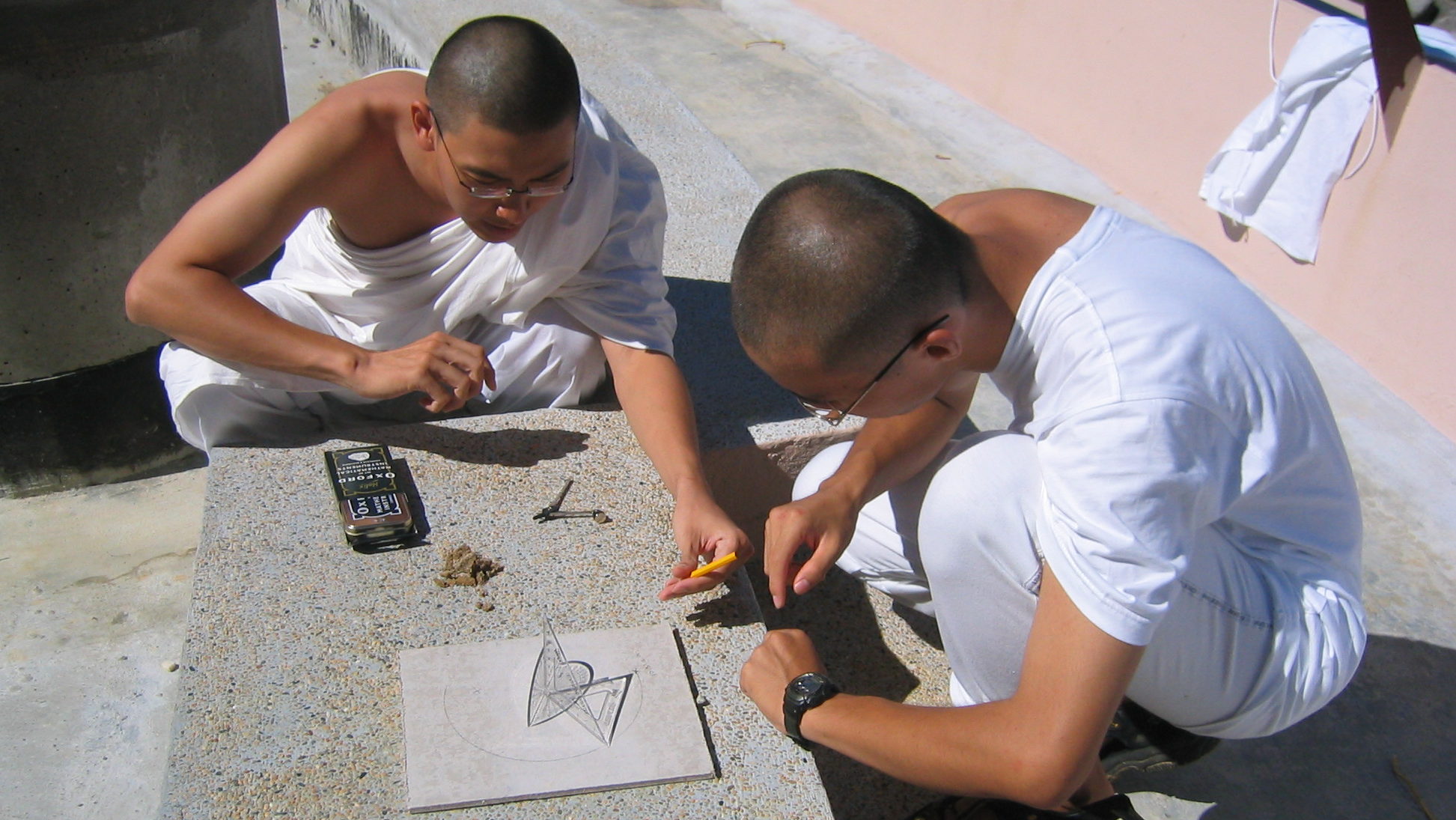 Last Sunday, I was at Grand BlueWave Hotel in Shah Alam attending a workshop for Buddhist webmasters. It was about 12.10pm when the keynote speaker finished his address. Almost immediately after that, he walked towards me with an apologetic look on his face. “I’m so sorry, Reverend,” he said while showing me his watch. “It’s already past noon.”

I smiled and told him not to worry, because the real noon for that day in Shah Alam was 1.12pm; so, I still had about an hour’s time for my meal. “I’ve checked.” I assured him, seeing that he didn’t appear to be utterly convinced. One of the most well-known rules for Buddhist monks is that they are not allowed to eat after noon. Technically speaking, the rule requires all Buddhist renunciates to abstain from eating food at the wrong time. “Wrong time” here refers to the period between noon and the next dawn. When is noon? Most of us would think that it is the time when the clock says “12:00pm”. But, as a matter of fact, that is not the “real noon”.

During the Buddha’s time, there were no clocks. To tell the time, sundials were used. A sundial shows noon when the sun reaches its highest point (i.e., when it crosses the meridian). In relation to our clock, real noon shifts throughout the year within a range of about 31 minutes. In fact, in Peninsula Malaysia, real noon never occurs at “12:00pm”. The earliest possible noon here is about 12:47pm. I’ll explain why later.

“So what?” one may ask. Dhamminda Bhikkhu in his book “Dawn and Noon” puts it very clearly:

The difference between apparent solar noon and the zone time noon of a clock means that a monk who eats up till 12 noon according to clock time will commit an offence for eating in the afternoon in certain places and at certain times of the year. However, at other times and places, a monk can eat until after 12 noon clock time and not commit an offence. The same also applies to lay people who have undertaken to observe the precept of abstaining from eating in the afternoon.

For example, if a monk or an eight-precept holder in Moulmien, Myanmar eats past 11.44am on 3 November, he would have committed the offence of eating at the wrong time. However, on 12 February in Balik Pulau, Malaysia, he can eat until 1.33pm and still not commit the offence.

Why is it so? The full explanation is rather complicated and is outside the scope of this article. So, I shall just touch on it briefly:
• The Earth’s orbit around the Sun is not circular but elliptical
• The Earth turns at an axis that is tilted about 23 degrees from the ecliptic.
• Our clock time is based on a certain mean solar time decided by the government. (The time zone of Peninsula Malaysia used to be at GMT +0700 some decades ago whereby the solar time and the clock time were quite close. For some reasons, it was shifted three times: 15 minutes ahead on the first two occasions, and 30 minutes on the third. Now, the Malaysian time zone is set at GMT +0800, which is actually more than an hour ahead of what should be the standard time if we take the longitude of Kuala Lumpur as the guide. That explains the apparently late real noon here.)
• Because of the three points above, we see an apparent error between what our clock says and what the sundial says.

Fine and dandy! Now, if we can’t rely on our clocks to tell us when the real noon is, how then are we supposed to know? We sure don’t have sundials around to tell us.

Fortunately, there are many ways to find out. If you live in a country like Malaysia you can refer to the zohor time indicated in a local Muslim calendar. Only the times of the state capitals are given. However, if the longitude of your location is not too far apart from that of the town or city, the time difference is quite negligible. To be on the safe side, give a five-minute allowance. That should be more than enough (for Peninsula Malaysian states at least).

A more accurate but complicated way is to use a formula and a chart showing the equation of time. To explain this formula would be too long for this short article. If you are interested and have access to the Internet, searching the world wide web (using a search engine like Google.com) with the keywords “equation of time” should bring you to helpful websites on the subject. You can even use your findings to build a chart of noon times in your locality for the whole year! If you don’t want to go through all that trouble but want to know the noon time of a particular place and a particular day of the year, you can point your web browser to http://geocities.com/venkumara/suntimec.html

There, you’ll find a webpage with a JavaScript program that uses the formula and the equation of time. According to what you specify, it will tell you the times for noon, sunrise and sunset of a particular co-ordinate and date. It is originally from the Surface Radiation Research Branch (SRRB) of the National Oceanic and Atmospheric Administration (NOAA) in the USA. I’ve modified it to suit Malaysian use. You can save it in your computer, make as many copies of that as you like or even modify it according to your needs.

What about telling dawn? That’s even more complicated, far more complicated. As a quick sure-fire guide, when you can begin to tell the difference between red and green using sunlight, you can be certain that dawn has passed.

That’s a matter of fact.