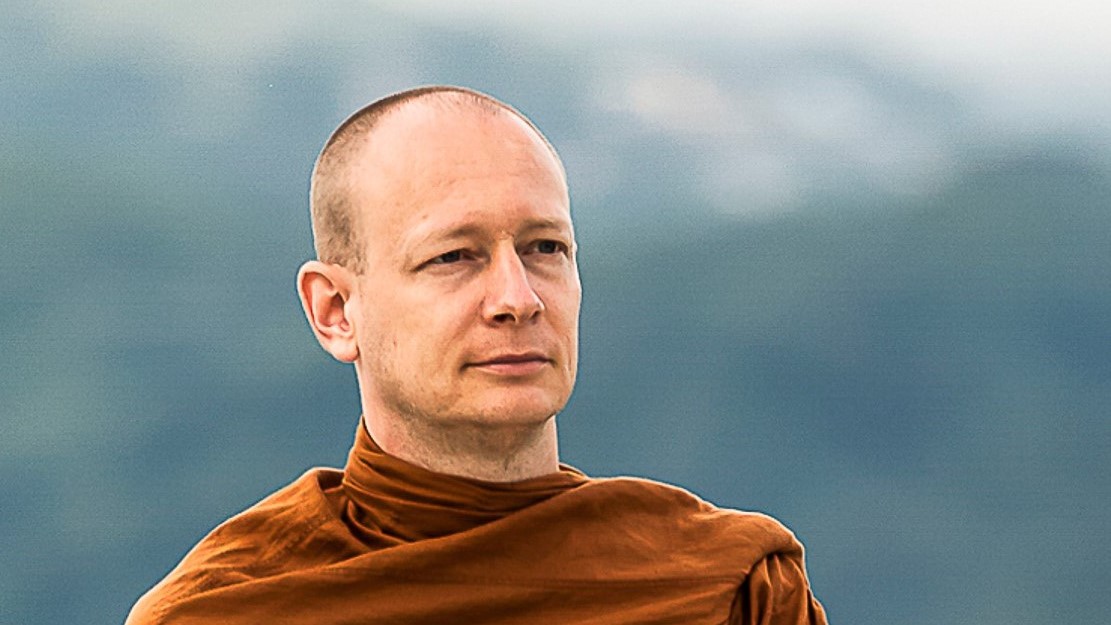 Ven. Ariyadhammika (born Björn Selic on May 8, 1976) is an Austrian Thera (Elder) Buddhist monk. As a layman, he studied economics and music at the University of Graz, Austria. His interest in Buddhism was sparked at the age of 14, when he first encountered the Buddha’s teachings in the local library. Ten years later at age 24, he started to attend meditation courses in the U Ba Khin tradition in Austria, followed by his own sutta studies. In 2005, at age 28, he decided to become a Buddhist monk, left Austria and went to Pa-Auk Forest Monastery in Myanmar.

Ordained on July 14, 2005 with Pa-Auk Sayadaw as his preceptor and meditation teacher, he spent five years practising in the forest of Pa-Auk, maintaining a very simple lifestyle and living most parts of the year out in the open, under trees. He dedicated himself to the practice of Ānāpānassati (mindfulness of breathing), and later on also to other meditation methods. After five years at Pa-Auk, he went to seek out other teachers in Myanmar and was initiated into the meditation techniques of Mogok, Mahasi, Shwe Oo Min/U Tejaniya and Sunlun.

A growing interest in the lifestyle of the Thai Forest Tradition brought him to Thailand in the year 2010, where he stayed for the next 3 years. He spent the initial period in the north-east of Thailand undergoing the traditional training of a Thai forest monk at the international branch monastery of the Ajahn Chah lineage, Wat Pah Nanachat. The last year of his three years in Thailand was spent wandering and journeying throughout the country, seeking out suitable places for meditation and Dhamma studies, staying either at Ajahn Chah’s branch monasteries or at forest monasteries belonging to the Dhammayuttika Nikāya.

After eight years as a monk, Ven. Ariyadhammika returned for the first time to Austria and spent his vassa (rains retreat) of 2013 in a caravan, in the vicinity of his parents’ home. When the rains retreat was over, he returned to Asia and stayed in Malaysia from 2013 to 2015, spending time at Sāsānarakkha Buddhist Sanctuary (SBS), also studying Pāli, Suttanta and the Vinaya under the guidance of Ven. Aggacitta Mahāthera at the Mahāthera’s hermitage, Mūla Vihāra. The Mahāthera has since then become one of Ven. Ariyadhammika’s most influential and respected teachers.

In 2015, Ven. Ariyadhammika went on to Sri Lanka to gain familiarity with the customs, practices and interpretations of the DhammaVinaya prevalent in the third of the three main Theravāda countries (the other two being Myanmar and Thailand). He spent a year at Nā Uyana Aranya Senāsanaya, where he had time for his own meditation practice, but also gave regular Dhamma lectures and meditation instructions to foreign monks and lay practitioners.

Ven. Ariyadhammika returned to SBS (Malaysia) in 2016 to fulfil an earlier request from Ven. Aggacitta to ordain two Western monks and become their preceptor (upajjhāya). After some initial hesitation, followed by a period of preparation, Ven. Ariyadhammika agreed to take up the responsibility and subsequently returned with them to Sri Lanka. They spent the vassa at Island Hermitage, an ancient monastery founded in 1911 by the German monk, Ven. Ñānatiloka. Thereafter, they went on thudong in the hillsides of Sri Lanka. Ven. Ariyadhammika spent the rains retreat of 2017 at a branch monastery of K. Gnanananda, where he gave the going forth to another two disciples who requested training under his guidance.

After five years in Burma, three years in Thailand, two years in Malaysia and three years in Sri Lanka, Ven. Ariyadhammika felt that his original intention to explore the three main Theravāda countries (for their respective meditation methods and monastic cultures) was accomplished. In 2018, for the first time after all his ventures since his 5th vassa in 2009, Ven. Ariyadhammika said he eventually felt ready to settle long term and would make himself available for taking up a formal position which is dedicated to offer support and guidance to fellow monastics. He kindly accepted our invitation to take over the role of Saṅghaṇāyaka at SBS Monk Training Centre.

According to Ven. Ariyadhammika, his main interests these days are: