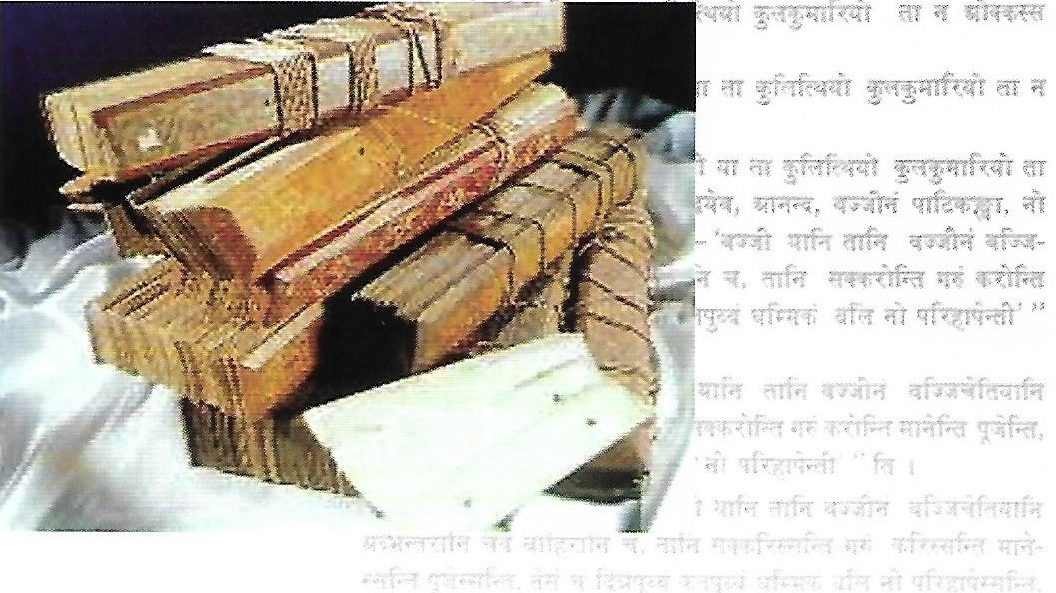 Closer-to-Reality DhammaVinaya Seminar (CRDS) turned out to be a very interesting and thought-provoking experience. It was also rather unorthodox. We had the Sangha sitting together with the laity to re-discover what the Buddha is said to have actually taught according to early Buddhist scriptures, as opposed to what he is said to have taught according to later scriptures, exegetical literature, and the personal opinions of various Sangha members and lay Dhamma speakers, whether expressed verbally or in writing. It was also unorthodox in the sense that it was not a one-way traffic, where the Sangha members did all the talking, while the lay people did all the listening. There was a lot of interaction during the seminar, which only made it more fun, interesting and beneficial. The movies that were shown in the evenings served to emphasise or reiterate some of the points or issues raised during the day.

TOPICS COVERED
SCRIPTURES AND COMMENTARIES
From the topics “Discovering our Original Scriptures” and “Regarding the Commentaries” presented by Ven Aggacitta, one can see that the Tipitaka, which we take as the “Word of the Buddha” (Buddhavacana), is but a series of compilations that evolved over the centuries, from the 1st Council down to the most recent 6th Council. To add to the ‘shocking truth’, there is a very strong possibility that the scriptures could have been adulterated by deliberate addition and deduction or careless transmission. Some of the additions to the Tipitaka can be found in the Khuddaka Nikaya, e.g. Petavatthu (Stories on Petas), Buddhavamsa (Lineage of the Buddhas), Milindapañha (Questions of King Milinda), etc. (Note: The adulterations become more apparent when one compares a sutta against its equivalent from another school or tradition, e.g. a Pali sutta from the Nikayas against its equivalent sutra from the Agamas of the Sarvastivada school, etc.) For the information of Abhidhamma teachers and students, historically the Buddha did not teach the Abhidhamma Pitaka.

SPIRITS, GHOSTS AND DEVAS
The topic “Of Spirits, Ghosts and Devas” presented by Ven Dhammavuddho left open some controversial issues (a can of worms?). For example, on the topic of rebirth, it is commonly taught and believed in Theravada Buddhism that rebirth is immediate. In Tibetan Buddhism there is a belief that rebirth in the sensual sphere is not immediate but is followed by an ‘intermediate existence’ (antarabhava), or what is popularly known as bardo. Also, the implication of an impermanent ‘soul’ that goes from life to life, only brings reminiscences of the early controversy with the Puggalavadins as mentioned in the Kathavatthu (Points of Controversy) in the Abhidhamma Pitaka. Unfortunately, due to time constraint, other issues like “What actually are devas, nagas, petas and ghosts?” were not posed or addressed. Common questions referring to these issues include: Are ghosts always hungry or horrible-looking, as is commonly presented? Are devas always beings of radiance? What about orang bunians, fairies, elves, etc.? Are there nagas and devas among us today? An issue raised but not fully discussed was: how does an entity or spirit possess a person since we each have our own five aggregates; how can the consciousness of one being take over the consciousness of another being?

LIFE OF THE BUDDHA AND OTHERS
From the session on “Life of the Buddha and Others” led by Ven Kumara, it can be gleaned that some of the stories or myths related to the life of the Buddha (e.g. lotuses appearing from the ground in the story of Sid¬dhattha Gotama’s birth; his leaving the palace stealthily in the middle of the night, etc.) seem to have come from later works like the Lalitavistara and not from the early suttas. It was also pointed out that the Buddha referred to himself as bodhisatta only on three occasions in the early suttas: when he was reborn in Tusita Heaven, when he passed on from the Tusita body and entered his mother’s womb, and the period of his last human existence prior to his supreme enlightenment. The various versions of Angulimala, and whether or not he really wore a garland of 999 fingers, were also refreshing. The story of the well-known Angulimala in the sutta was also refreshingly simple compared to the popular version.

DID THE BUDDHA SAY THAT?
Another shocking revelation from Ven Kumara’s “Did the Buddha say that?” was that paramis (as in the Ten Perfections) are not mentioned in the early suttas, but only in later works like the Buddhavamsa. This raises the issue of attributing one’s spiritual progress (or lack of it) to our paramis. In line with the spirit of the suttas, this would be misleading or inaccurate.

There are of course many other more relevant and pragmatic questions that could be raised based on what was presented in the above two topics, such as:

• Is it better to be reborn as humans rather than as devas, since devas seem to be enjoying their lives and have no time to practise the Dhamma? Many seem to forget that humans too are busy: eking out a livelihood, making lots of money, or enjoying themselves. Others are dying of starvation or are under-nourished in certain parts of the world.
• Since the Buddha did not say, “He who serves the sick, serves me”, can or should the Sangha be involved in com¬mu¬nity services in orphanages, hospices, old folks’ homes, etc.?

There were also some other matters mentioned, such as how the Buddha qualified “taking refuge in oneself”, which teaches us not to quote words out of context. Ven Kumara also led the audience to re-examine what was actually said in Kalama Sutta with regard to the basis for doubt.

MEDITATION AND ENLIGHTENMENT
Ven Santagavesaka, a British monk residing in Penang, gave an interesting but rather ‘fast and heavy’ session on “Meditation and Enlightenment” (which also happens to be my favourite topic for the seminar). From the outset, it must be commented that covering such a ‘heavy topic’ within such a short time is no easy feat. So, praises and sadhus must be given to the venerable for presenting this topic. If I remember correctly, Ven Santa had only three weeks to do his research and come out with the slides—which totalled more than a hundred! Needless to say, with so many technical points and quotations from the suttas, some of the participants, especially those who are new to meditation, were lost among the thicket. For others, there was some confusion over ‘samatha’ jhanas (what another participant called ‘Visuddhimagga’ jhanas—adding to the conundrum), ’soft’ jhanas (whether there can still be ‘thinking’ while still ‘dwelling in’ jhanas—what are jhanas anyway?);  samatha versus samadhi; vipassana versus vipassana-ñana (insight knowledge), etc.

OVERVIEW
Overall, this seminar proved to be very enlightening and challenges one’s current thinking or paradigm, especially for Dhamma speakers. Considering the years of exposure to and conditioning by the things we have read or heard, some of the issues that may require deliberation are:

• How do we know that what we say comes from the Buddha himself? This is compounded by the fact that very few Dhamma speakers know Pali and thus are not able to read the suttas in Pali.
• How do we distinguish what has been said by the Buddha from what is said in later works, in the Commentaries and by other Buddhist scholars or writers?
• How do we know that what has been translated is correct or accurate? After all, so many scholars have translated the same sutta differently. As it is, one of the translations presented turned out to be ‘inaccurate’ or ‘erroneous’ when compared against what Ven Aggacitta translated from the Pali during one of the sessions. But then, logically speaking, one can also question the source itself, i.e. the Pali scriptures, as to whether they have been corrupted.
• How do we now ‘undo the past’, especially now, knowing that what we have said in the past may not be correct from this new perspective?
• What ‘truths’ are we going to share after this? Are we still going to continue telling the ‘myths’, putting words in the Buddha’s mouth, etc., in view of these ‘new’ findings?

Perhaps the answers to all these can be found in what Ven Aggacitta said during the opening of CRDS, where he quoted the importance of having the right attitude as mentioned in Canki Sutta, MN 95 (see p15). In the light of this, it should be incumbent upon us to be humble about what we think we know—that what we ‘know’ now, may not be the absolute truth, and can be subject to change.

Another strong suggestion is to go back to the suttas to try to understand what the Buddha said. Of course, knowing some Pali would help. Alternatively, we could compare a few translations, and see which one ‘makes more sense’. A Pali dictionary would definitely come in handy.

For those who are not well-read, I guess they would have to use their wisdom to try to discern what the words of the Buddha could be. But then this would probably be easier said than done, as they would have nothing to compare with, and would also tend to take whatever is said by the Dhamma speakers as true. After all, some of these Dhamma speakers have been teaching Dhamma for ages, and they should know their stuff well enough, at least better than their listeners.

Speaking for myself, I (and I believe many of the participants too) hope there will be more of such CRDSs in the future—Ven Balacitta has wittily suggested a congregation of 500 to 1,000. May I also add, perhaps we could also have a live-feed (and have questions posted live online); or we could put the recording on a website or have it podcasted. After all, Ven Santagavesaka did mention something to the effect that he will answer some of our questions in a year’s time. So, see everyone in 2007!?

ENDING WITH DHAMMA JOY
One of the delightful observations is the camaraderie and fellowship among the Sangha members during the seminar. There was so much humour, laughter, jest and fun—in contrast to the serious atmosphere we are accustomed to during Dhamma talks, seminars or workshops on Buddhism where the Sangha is involved (Ajahn Brahmavamso being one of the exceptions, of course).

On behalf of all the participants, I would like to end by saying a big “thank you” and “sadhu” to the Sangha members, the organising committee, those who have assisted in one way or another, and also to the participants (in terms of questions, answers, comments, etc.) for making this seminar a fruitful and successful one. I would also like to leave you valued readers with the remarks made by Ven Balacitta, who felt “very happy… happy… happy…”, and I think many of us were in this same state of mind too. Personally, I did experience some dhammapiti-sukha (rapture and happiness as the result of the Dhamma) during one of the sessions. It is also hoped that many more Dhamma speakers—current as well as potential ones—will be able to attend future CRDSs.

CRDS Participants Speak Up
 Very bold move to hold this seminar and open it to lay people—some monks will not touch on controversial subjects.
 Learnt the right attitude in searching for truth.
 Sangha and laity sitting together on the same platform, free to agree and disagree in an atmosphere of ‘this is not the ultimate truth; let’s see where we can go from here’.
 Discovered a lot of misconceptions taken for granted as ‘truth’.
 An open dialogue with, surprisingly, very friendly bhantes.
 Dhamma speakers are sometimes dogmatic in their views—this seminar is good for them.
 A lot of hard work has been put in by the bhantes.
 Impressed by and filled with admiration for Bhante Aggacitta’s attitude of ‘let’s discuss this’.
 Challenging and stimulating questions—makes the seminar interactive.
 Another innovative move of Sasanarakkha Buddhist Sanctuary (SBS) which is of great benefit to the Buddhasasana.
 Inspired to be open-minded; ready to learn and unlearn.