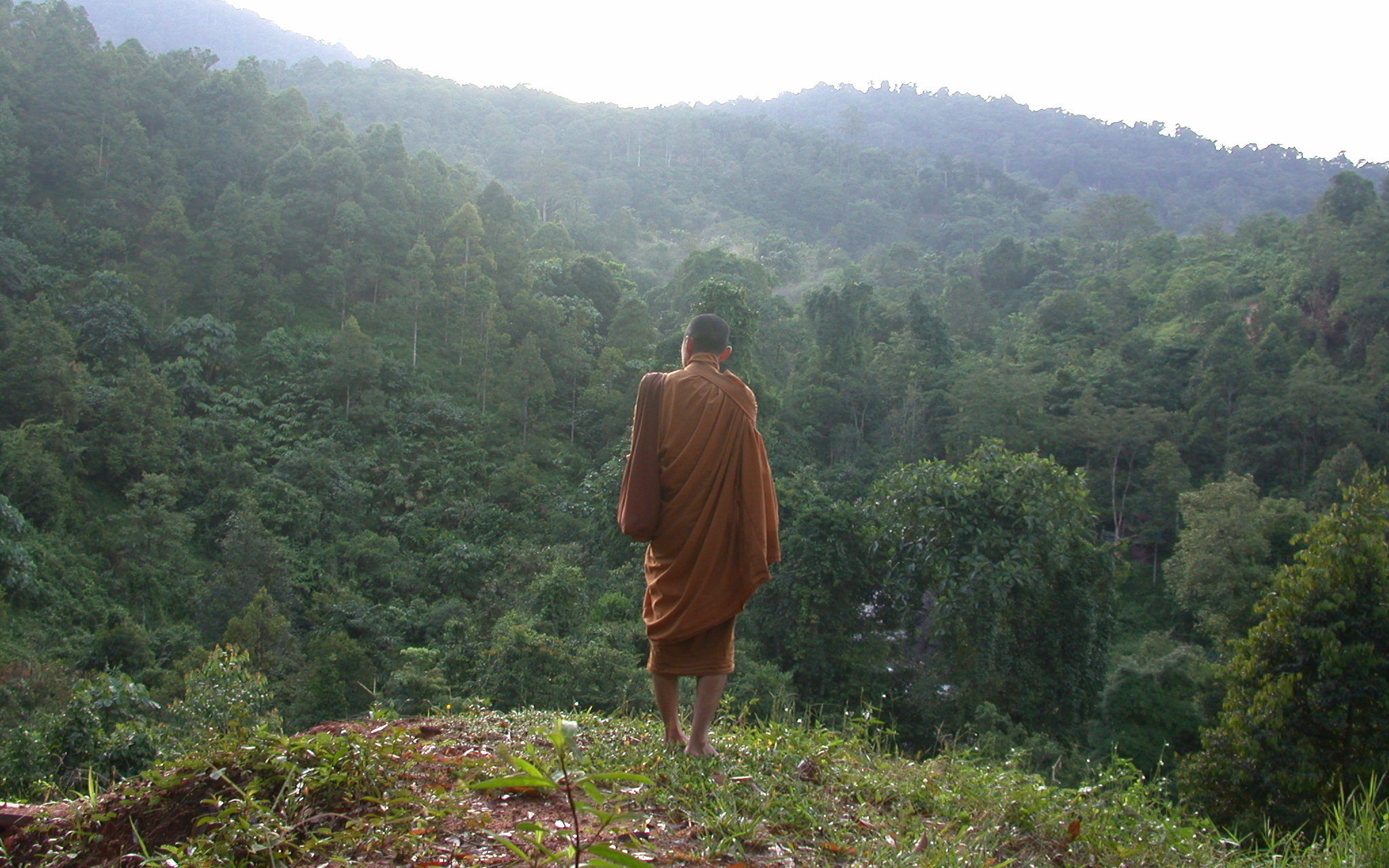 Yeoh Kar Kheng interviews Kumara Bhikkhu on Aggacitta Bhikkhu.
You might have heard some unflattering rumours about Ven Aggacitta, the Abbot of SBS. “Don’t go by hearsay,” says the Buddha in Kalama Sutta (AN 3:66). Listen also to what we have to say—or better still, come see and decide for yourself.

Kar Kheng: Bhante, could you tell us when you first came to know about Ven Aggacitta?
Kumara Bhikkhu: I came to know of him through a trusted friend who learnt of my intention to be a monk. That was probably around 1997. She had met him in Panditarama when she was there on a meditation retreat. She recommended him so very highly to be my preceptor that I was immediately impressed. I didn’t get to be ordained under him though as he was not willing to accept students at that time. But I’m quite happy being his student now.

Was he the main reason you came to Sasanarakkha Buddhist Sanctuary (SBS)?
Yes. And if he had been elsewhere, I would have gone there instead.

What makes him so “special” to you?
Firstly, he’s a Malaysian willing to train Malaysians in Malaysia. He uses English, which is my preferred language in which to learn the DhammaVinaya. He’s competent since he is well-versed in the scriptures and well-practised too—at least I believe so. Very importantly, he is firm when it comes to discipline, which is a quality that I really need and look up to in a teacher.

After having been his student for some years, have you got what you expected from Bhante?
I’ve learnt much of the Vinaya as I had expected. I don’t think I’ve met anyone who has a more thorough knowledge of the Vinaya.He’s also as firm a teacher as I had expected. When he finds that I’ve done something inappropriate he would tell me, sometimes without “giving face”. I think, on all those occasions, there was never once when I did not feel at least momen-tary displeasure. In fact, at times I really resented it.It’s quite a test of my attachment to self-pride. If it’s weak, I may see my fault quickly and apologise. If it’s strong, I may feel rather angry, though I would not express it accordingly. But when I calm down, I may then see the truth of what he had said and try to find a suitable occasion to apologise for my misbehaviour.Whenever that happens, I become more mature. I don’t see how that could happen if my teacher weren’t firm.

He’s very strict, huh?
Yes, he’s quite strict. Some people, including monks, say that he’s “too strict”. Maybe that’s why some feel intimidated and stay away from SBS.I don’t think it’s fair to have a fixed judgement of anyone before we get to know the person thoroughly. As the Buddha said, good judgement requires sufficient time and a discerning mind. Though I’ve stayed with Bhante for some years now, he still occasionally surprises me. It would be good if they could know Bhante better—the real him, not the hearsay version.He’s strict no doubt, but not unreasonably so. Hope no one thinks of him as what schoolchildren do of their discipline teachers! He is firm with his students, but he is not rigid. From my observations, he seems to be quite discreet about when to act firm and when to just let things be. On top of that, he has this marvellous capacity for mettā. That’s one thing I didn’t expect of him before I came to stay with him and really got to know him personally. Well, I was also quite influenced by hearsay. (smile)

So, I’ve found him to be a person who can be hard and can also be soft, depending on circumstances. I suppose you could say that he’s a person of high EQ (emotional quotient), besides IQ. Sounds like I’m blowing his trumpet, doesn’t it? (smile)
But these are just my frank observations about him that I would like to share with others, particularly with those who are contemplating to be trained under him.

I think all of us who participated in the first SBS Introduction to Monkhood Programme would agree that Bhante is a compassionate and friendly person. He is different from what we hear about him outside.

Bhante, have you observed any other special qualities, something that you didn’t expect of him?
I suppose that would be his ability to be open-minded in a critical way. I’m sure you have noticed yourself that Bhante has that rare quality. Haven’t you?

Yes! I think many people got a shock when they saw Bhante in a Goenka vipassana retreat. I received a call from a friend just after he came out from the retreat. He told me he would not even have imagined meeting Bhante in that course. He was full of surprise and admiration. I think Bhante has provided an excellent example for all Buddhists.

Yes, I agree. Education by example. (smile)The more I associate with him, the more I find that I’m dropping my attachment to ideas and becoming open. There is much that I don’t know and whatever I do know, I may be wrong about them. Yet, being open-minded does not mean that we should accept everything without critical thinking. We should still be critical but that should also be applied to our own views. Maybe we can call that “critical open-mindedness”.I personally find that ability to be very intriguing and also liberating. It’s intriguing because I learn more about myself. It’s liberating because I free myself from being imprisoned by my own views.This open-mindedness has actually enabled me to find some relief from a long-standing wind problem, which has made meditation very difficult for me. Had I not been with Bhante, I probably would not have been open-minded enough to try other alternatives to deal with my problem.

Do you know what made Bhante Aggacitta such an open-minded person? Was he born like this? Did Bhante share his experiences with you? Most of the time, Theravada monks make people think more conservatively, but it is quite different with Bhante

I can’t say I know for sure how he became so open-minded. Anyhow, I don’t think it is inborn in him.For example, he told me before that he used to be very critical of his mother’s practice of praying to various deities. He tried to “educate” her that they were mere superstitions. But now he has changed his mind rather drastically about it, as you can see in his recent book Honouring the Departed. In the book, he seems to be saying in many ways that it’s not right to think that we know when we don’t really know. Most people tend to merely accept as the truth what is commonly accepted within the circle of people they associate with. Theravada monks are no exception. So, it’s natural for them to “educate” others as they understand or believe. I suppose that’s what you mean. Bhante is a rebel of sorts, a truth-seeker. He is not so willing to settle for mere commonly accepted beliefs when it comes to the Dhamma, the Truth. That’s one other thing that I like about him.

Yes, I like that too. I think he’s a good teacher. Now, I wonder why so few people come to learn under him, I mean, as a monk or postulant. Do you have any comments about this, Bhante?

I’ve mentioned this before in another interview which was published in a past issue of Sāsanārakkha. However, Bhante believes that there’s more to that. He believes that it has to do with kammic affinity. I suppose that’s true and I am glad that I have the good kamma to be his student.