A Royal Sapling Rooted in Bodhgaya 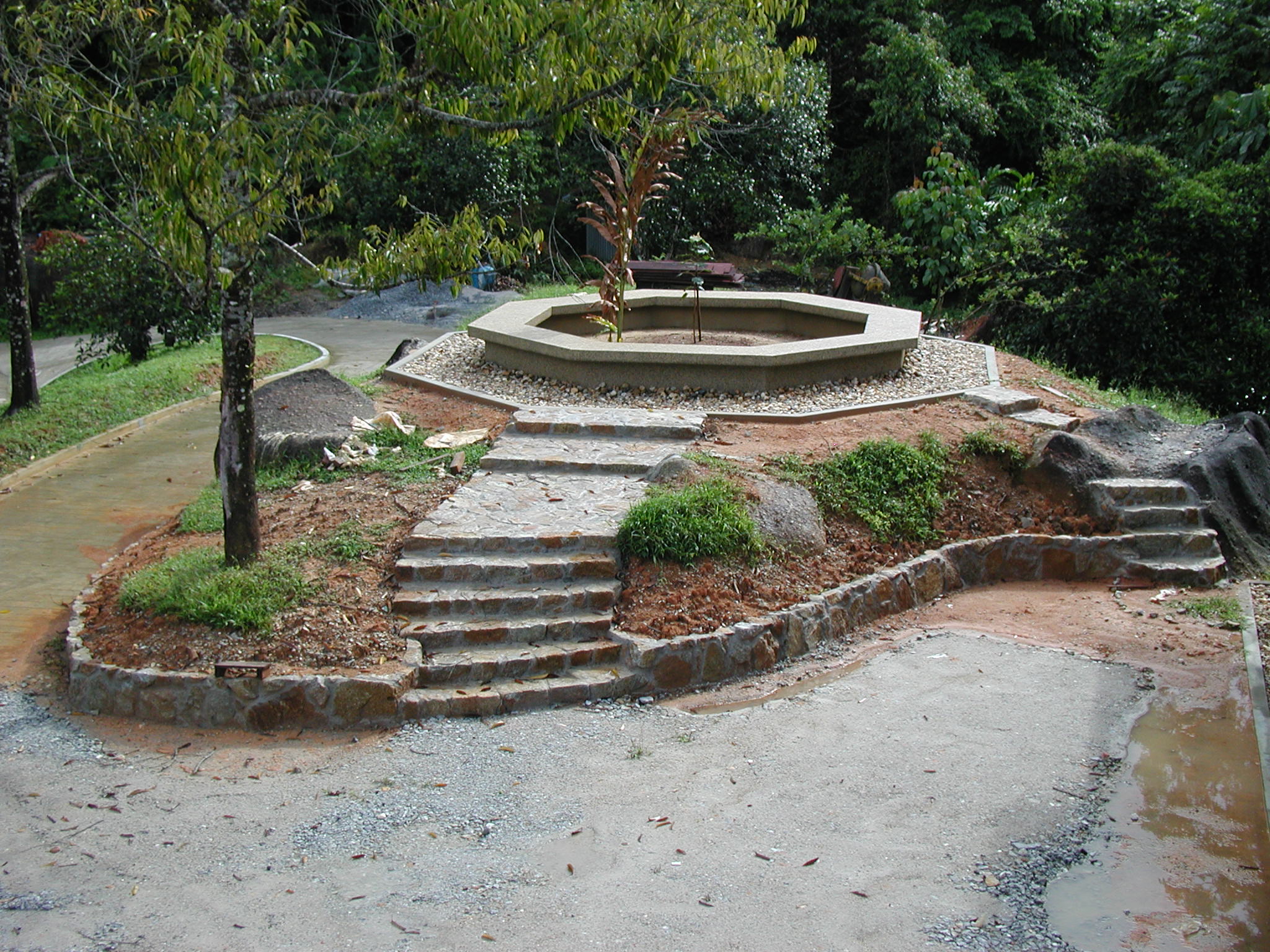 To mark Wesak 2004, SBS plants its Bodhi tree—not just any Bodhi tree, but one, so we are told, with roots in Bodhgaya

The Bodhi tree planting and pūjā at SBS was the finale of Wesak 2004 both for Taiping Insight Meditation Society (TIMS) and Sasanarakkha Buddhist Sanctuary (SBS). The Wesak Eve offering of lighted candles and guided meditation held in SBS and Wesak Day dāna were activities organised by TIMS. All these activities were attended by large crowds.

After the Wesak Day dana in the Grand Pavilion of the Hokkien Cemetery, about a hundred devotees went up to SBS to participate in the ceremony to plant the Bodhi tree at 2.00pm. This Bodhi tree has a “royal” pedigree and boasts a lineage worthy of the red carpet welcome to house it in its specially prepared home in SBS.

This particular sapling is a direct descendant of the original Bodhgaya Bodhi. Let me trace its roots. It was grown from a seed of the present Anandabodhi tree in Jetavana Monastery, Sarvasti, India. This tree was grown from a cutting taken from the Bodhi tree in Anuradhapura in Sri Lanka. [This is according to the 1999 edition of Eicher Guide, Walking with the Buddha—Buddhist Pilgrimages in India. Ed.] The Anuradhapura tree in turn was grown from a cutting taken by Emperor Asoka’s daughter, Ven Sanghamitta, to Sri Lanka in 3rd century BCE from the original Bodhgaya Bodhi tree.

Following the Dhamma talk given on Wesak Day after piṇḍacāra, birds, numerous frogs and crickets were released by the side of the pavilion. Four tortoises were released later at a more suitable site. One bird walked away rather than flew, probably due to clipped wings.

Ven Aggacitta, the Abbot, then spoke on three types of objects of veneration mentioned, according to the Jataka Commentary, by the Buddha: his relics; things used by the Buddha such as his alms-bowl and the Bodhi tree; and symbols such as the Dhammacakka. Such is the status of the Bodhi tree—recommended by the Buddha as a suitable object of veneration. The Abbot also stressed the importance of making offerings with respect, willingness and joy to gain higher merits. He concluded by encouraging devotees to meditate on the arising and dissolution of mind-matter phenomena, as vipassanā meditation is at the highest rung of the merits ladder.

At 2.00pm, Ng Kian Chong, the Chairperson of SBS, ceremonially dug a hole. Assisted by others, he planted the Bodhi sapling. When the Sangha started chanting, it drizzled. This shower of blessing had often, during past meaningful ceremonies at SBS, descended on devotees. After the temporary shower, if it was day time, the sun would burst forth giving SBS an ambience of joy and hope.

Half way through the chanting, I remembered to remove my slippers and cap in respect. However, most of the crowd were too engrossed in the joy and excitement of the ceremony to remember.The ceremony ended when the three monks bowed respectfully to the Bodhi sapling after the chanting.

Then, what started as casual watering of the newly planted tree turned into an impromptu ritual when enthusiastic devotees lined up to water the plant. The spontaneous rush of participation was a pleasant surprise. Perhaps this indicates the need for more simple rituals in which all devotees can participate, such as lighting candles, bathing the Buddha image and releasing animals.

This ceremony does not tell the full story of all the preparations, the emotions and experiences that culminated in the actual planting. Ven Aggacitta personally supervised the construction of the Bodhiyangana, a two-tiered terrace surrounding the tree, and an underground reinforced concrete pot to restrict the roots from damaging nearby buildings in the future.

The sapling was planted with top soil from the forest, covering a pit measuring 2 x 2 metres in depth and diameter. Devotees had toiled to dig and transport topsoil from the nearby forest to fill up the pit. Filling the big hole was no small task. Heng Ghee painstakingly marked the centre point for planting the sapling and left nothing to chance.

Even sourcing for a suitable Bodhi tree is a story in itself. One seedling had already been prepared a month earlier but fell from favour when the sapling of Bodhgaya lineage was found. Quality control at SBS was really tight!

I appreciate the fellowship and chance to do good collectively, bearing in mind that it discourages falling into woeful states in future lives, just as I appreciate regular exercise to avoid falling sick. I often visit hospitals—as nothing beats the sight of the suffering of sick people to remind myself to exercise and live a healthy lifestyle. This is equally true of our hearts and minds, which we have to constantly cultivate with spiritual activities to gain spiritual health.