A Sense of Fulfilment along the road to development 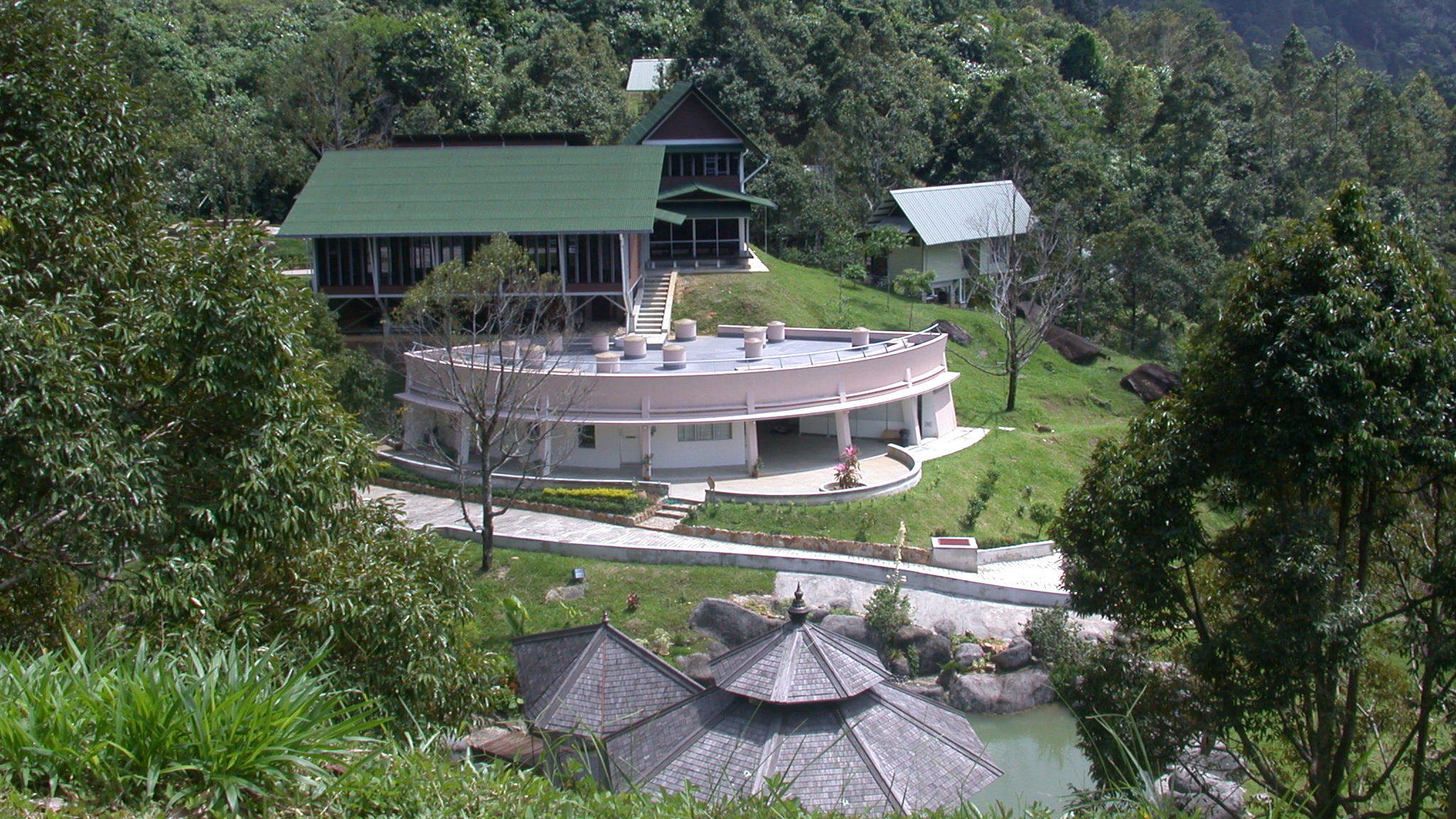 Phase 3 is mostly completed according to schedule — to the satisfaction of the development team; to the joy of the Introduction to Monkhood Programme participants; to the delight of the year-end yogis. Wai Seng Moh, Development Manager 1 of the SBS Management Committee, gives you an overview of the construction process.

I am glad to say that construction has been going according to plan, though at times not in the planned order of priority.
In our last report published in Sasanarakkha #8, we walked you among the rubble of the beginnings of Phase 3 construction, which officially commenced on 10 March 2003. Foundations for four buildings — the Sangha Central Facilities (SCF), a classroom, library and a publication and meeting room (PMR) were being laid and the building process had just begun.

By Kathina Day on 26 October, all major construction works for the first three buildings had been completed and we were able to house some of the activities on that day in SCF and the classroom. When IMP began on 25 November, only finishing touches and some rectification of defective works remained to be done on them while PMR was still undergoing construction. When the year-end meditation retreat began on 17 December, the yogis had the use of all the four buildings.

It has been an achievement for all those involved in the construction to be able to preserve the terrain almost as it was originally in spite of having four buildings in such close proximity to one another.

Lim Tai Eng, as the project manager of Phase 3 construction, will now take you on a stroll among the buildings and give you a more detailed look at the area.

Foundation problems were encountered in the initial stages of the project. To overcome them we had to be flexible and make changes to the original plan, such as changing the size of the foundation, changing locations of the footings, having additional footings, resting the structures on existing rock etc., just to suit the site ground bearing capacity and location. I am happy to say that there was close cooperation from all quarters to overcome the problems.

The classroom, library and PMR are on the same level and are connected by covered corridors. They overlook SCF which is recessed into a slope below. A flight of concrete steps connects the two levels. The locations of these four buildings are on a higher terrain overlooking the Sima Hall.

The classroom and the library are built on -reinforced concrete footing with steel columns. The steel columns are above the existing ground so as to prevent corrosion. The library is the only building that will be fully air conditioned. This is to maintain a suitable level of humidity so as to preserve the books. The floors of both buildings are finished in timber.

PMR is the only double storey building. It is basically a reinforced concrete structure sitting on pad footings. While the ground floor is tiled, the first floor finish is of timber strips.

SCF houses communal facilities such as a pantry, a sewing room, two storerooms, a laundry area and four bathrooms. In the front part of the building, there is an open area reserved for an oven to be used for baking alms bowls. This is the only building that is wholly reinforced concrete and it is recessed into the cut slope to fit into the natural surroundings. The roof of this building is flat with mushroom-like vents for lighting and ventilation. Although the original plan was to have a rooftop garden overlooking the Sima Hall, defective waterproofing has created concern over its -feasibility. We are still waiting for a good stretch of dry weather to resolve the issue.

Some maintenance work was also carried out. Energy breakers were constructed in drains to check the velocity of water flow along the drains to prevent erosion of the drain surface during heavy rain. Due to the high rainfall this year, we have had two minor slope erosion problems that are still outstanding. A major potential slope failure was also identified by Dr Soo. Preliminary tests have been carried out and we are awaiting dryer weather to rectify the situation.

The plywood ceiling of the Sima Hall had to be renovated by using plasterboard because of the timber borer problem. Thanks to Edwin Lim of PJ for sourcing and sponsoring materials and labour for the renovation works. Subsequently, a local carpenter, Ah Poh, sponsored the reconstruction of the Sima Hall entrance shelves. All these were completed just in time for Kathina 2003.

It is with the close cooperation and diligence of all concerned that we have seen the smooth and successful implementation of yet another stage of the physical development of SBS.