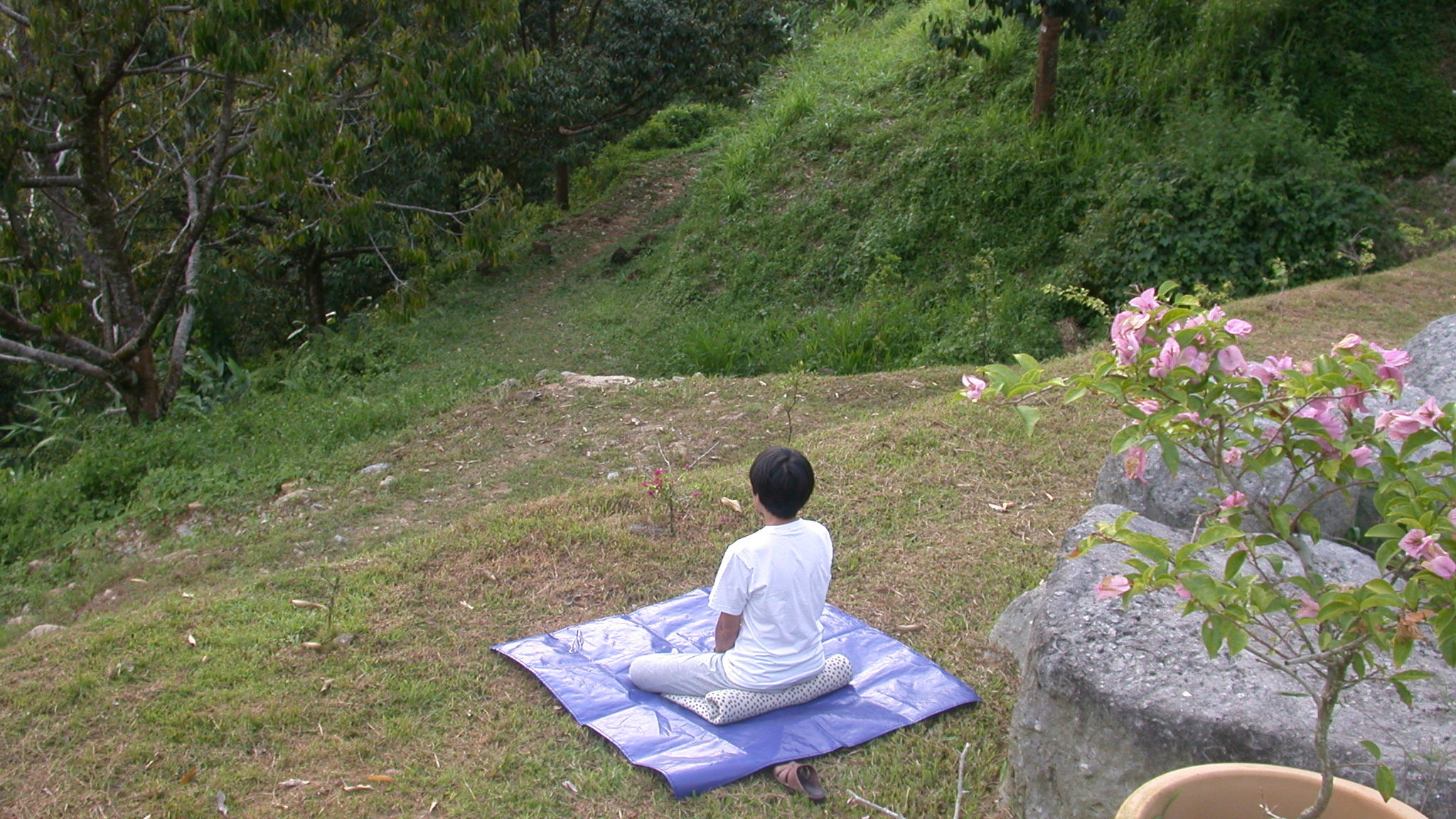 Teo Chee Kian found his first stay in SBS in April last year an “eye-opener” and is back again to make full use of his holidays “experiencing the life of a recluse” and “understanding the intrinsic workings of the mind”.

Eleven days in Sasanarakkha Buddhist Sanctuary passed by in the blink of an eye. It was not the grandest holiday I ever had, but it was certainly fulfilling and very satisfying to know that my holidays had not been spent wastefully. It offered more than just an opportunity to practise the Buddha Dhamma; it was also a chance to follow closely the footsteps of one of the elders in the Malaysian Sangha — Ven Aggacitta. Although I went through a 14-day novitiate programme in the Buddhist Maha Vihara, Brickfields in 2001 and attended a retreat in Subang Jaya Buddhist Association in 2002, I have to admit this is the closest I have been to experiencing the life of a recluse.

Young people should have a taste of it. I do not want to scare other youths with the idea that one should spend one’s time in seclusion during the holidays. Neither do I wish to worry parents that I am putting into their children’s minds the idea of leaving home never to return, but the life of a recluse really appeals to me. It is peaceful, calm and noble. Far from the hustle and bustle of the city, SBS offers the aspirant much time to look within himself and to develop concentration.

My choice of living near Bhante was sometimes perceived as anti-social. Some thought that I do not have many friends because I am such a ‘staunch’ Buddhist. Well, let’s just say that it was a chance for me to practise equanimity.

My stay in SBS was very interesting. My ‘timetable’ was fixed, which meant my days were well planned. Early each morning, I woke up at 5.00am to prepare for an hour of sitting meditation at 5.30am. After that, there were qigong exercises at 6.30am, meant to warm one up and start off the day. After that it was time for pindacāra (alms round). We walked down the hill at 7.00am to collect pindapāta (alms food) and it was usually another one and a half to two hours before we were back again in SBS. After breakfast we were free until 6.30pm when the Vinaya (monastic discipline) classes began. At 8.00pm, we had our daily interview with Bhante, followed by chanting at 8.30pm. The chanting sessions ended the activities for the day.

I spent most of my morning after breakfast doing my laundry, a little reading, meditating and sometimes voluntary work such as helping the SBS staff with Adobe PageMaker. In the afternoon, I sometimes spent hours cleaning the kuti (hut), on top of my few hours of sitting meditation. In the evening at about 5.30pm, I would focus on chanting and mettā (loving-kindness) practice.

Overall, it was a very happy holiday for me to be close to the teachings and the sons of the Buddha. I have to admit though that the holiday was not a bed of roses as I had my fair share of boredom, loneliness and fear of the unknown. However, it allowed me more time to understand the intrinsic workings of the mind and to look Māra (the Evil One) in the face.

May you find peace and happiness in this chaotic world.