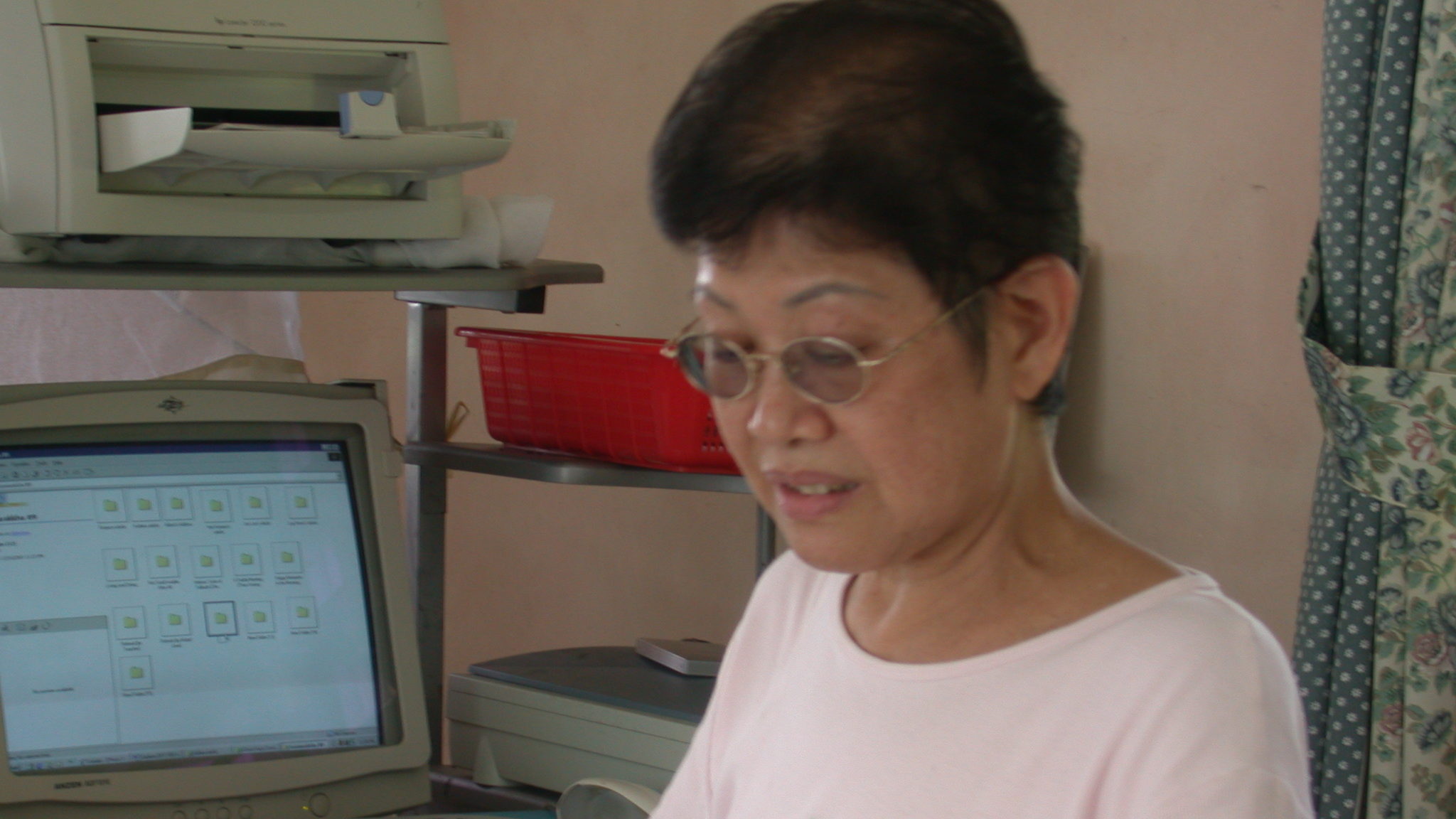 A department with a very heavy responsibility is the Finance Department. If money makes the world go round, then donations keep SBS running. The Finance Manager thanks all supporters for their past contributions and looks forward to their continuing support.

Where We Fit In
The Finance Department is one of the four departments that make up the SBS Management Committee. You have heard from the Administration Department, the Development Department (Building Development and Human Resource Sections) and the Public Relations Department in previous issues of Sasanarakkha. Now it is our turn to speak.

Heard but Seldom Seen
Most of the time we are busy behind the scenes keeping our accounts straight and making sure that the public funds with which we are entrusted are judiciously spent and accounted for. You do not see us but you do hear us when we make our appeals for donations. Only on special occasions such as kathina (a ceremony where cloth for making robes is offered to the Sangha) do we make ourselves seen — behind the donation counters set up especially for the occasion.

Money is a fact of life, even for a monk-training centre. How else could we have seen through successfully three phases of development — putting in place the infrastructure, quarters for monks and staff and other buildings which include the Sima Hall, classroom block, library and the Sangha Central Facilities? This is only the beginning. We have to make sure SBS has the means to continually finance its day-to-day operations and maintenance.

A Good Head Start
Our primary objective now is to make sure that the funds for the day-to-day upkeep of the facilities and the monastics are sufficient and well managed. Although building construction is still ongoing, we are managing all right so far in this area, thanks to the Pro Tem Committee for starting the financial ball rolling and snowballing it with a good take off pace. They did this through successful fund-raising projects such as the official launching, road shows, dinner, etc. which are now history. This snowballing has enabled us to give SBS the physical facade that is seen here today. But then, it is in the nature of snow to melt and for snowballs to get smaller.

Thus ongoing Phase 3 construction works on a tighter budget. Future phases of development will now have to depend on more snowfalls. More often than not, we keep our ears pricked, hoping to hear the rumble of an unexpected avalanche. Even a snowdrift will be most welcome. I hope you are getting my drift.

Financial Gurus of the Management Committee
We have a very simple setup. There are two finance managers. As Finance Manager 1, I take care of the bookkeeping, making sure that accounts are accountable. Finance Manager 2, Ong Thean Kin takes care of the store system, keeping a proper record of all fixed assets. Thus between us we look after the money and the property.

To find ways and means to keep the funds coming in, we have a Fund Raising Sub-committee, comprising Lee Lee Kim (Chairman), James Khoo and Lim Hee Chay. They ensure there are sufficient funds to see development projects through as well as to fund the day-to-day operations.

Channels of Funds
As we have supporters from all over the country as well as from abroad, we maintain a bank account into which people can bank in their donations online. Our other source of funds is cash donations from visitors to SBS who come as individuals or as part of organised groups from other Buddhist centres. This is especially so when we hold special events such as kathina. We also receive donations in kind. They have come in the form of motor vehicles, building materials, furniture, electrical fittings and appliances, plants for landscaping, bottled drinking water, tools and suchlike practical items.

We must not leave out donations in the form of service, such as professional and technical advice and services. We are also grateful for local and out-of-town volunteers, including members of the SBS Management Committee and those of the building development, dāna (food offering), housekeeping and landscaping teams. They all donate their time, energy and skills generously and selflessly. Without these volunteers, SBS would have to dig deeper into its pocket to pay for such services.

Organisation of Funds
The money received is channelled into four discrete funds according to the wishes of the donors. The two main funds which we draw heavily upon are the Building Fund and the General Fund. The former is used to finance the different phases of building development while the latter is the operating fund for the daily upkeep and running of SBS. These expenses include staff salaries and the costs of maintenance of grounds, buildings, machines and equipment. Utilities such as electricity and telephones have to be paid for as well. Costs of publications such as our newszine and books for free distribution also incur expenses. In addition, special programmes such as kathina and meditation retreats for SBS staff and helpers are also financed by the General Fund.

Present Concerns
The daily financial upkeep and running of SBS is an ongoing concern for the Finance Department as bills have to be paid just as in any other organisation. As for building and construction costs, we try to cut our coat according to our cloth to make sure we are always in the black. After the completion of the ongoing Phase 3 buildings, future plans will have to depend on our financial situation which in turn depends on all of you generous donors who thus far have been so supportive. For this, the Finance Department says a big “Sādhu” (well done).