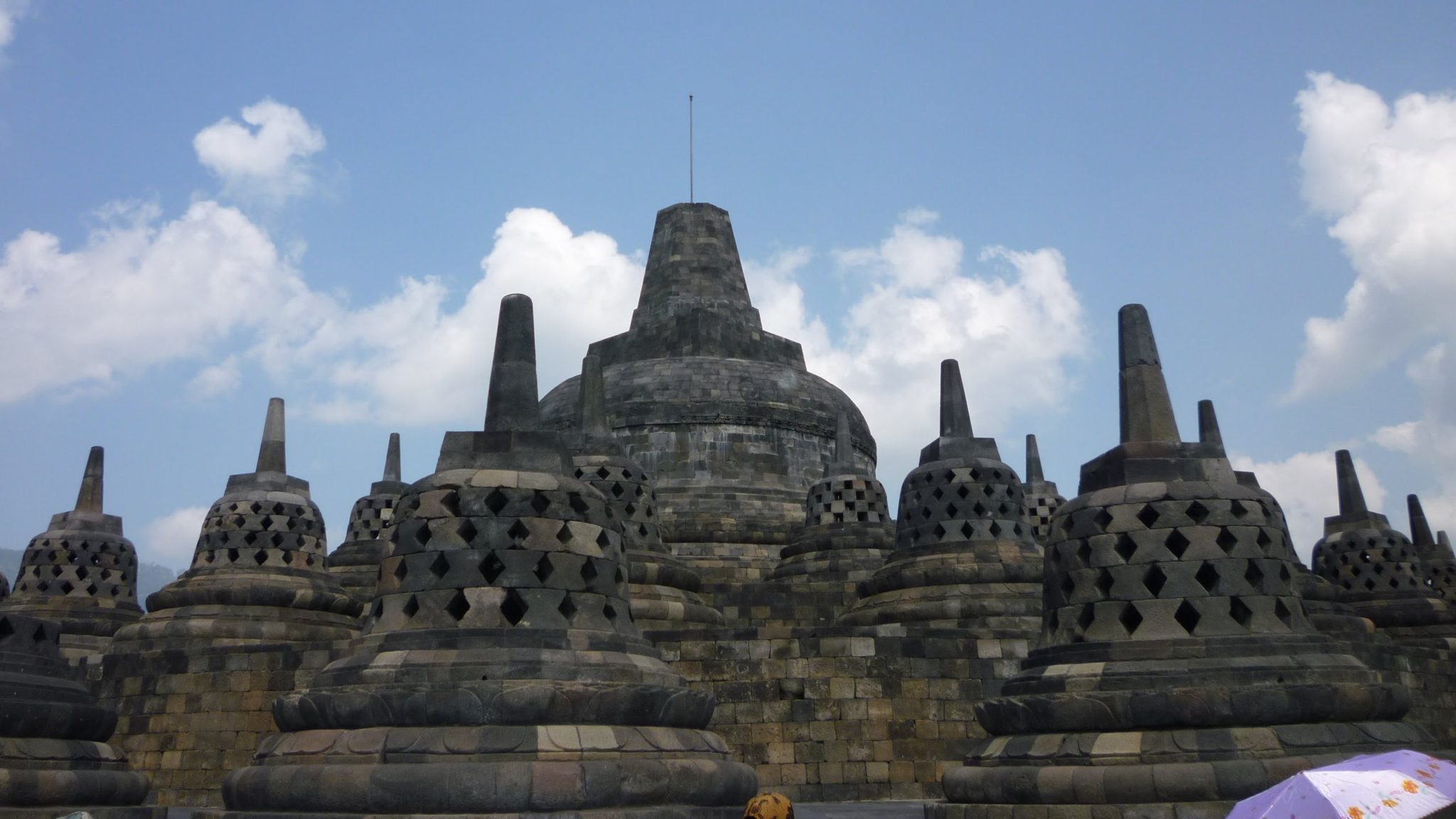 About 2% of the people in Indonesia are Buddhists. The Indonesian government allows the practice of Buddhism as long as it does not interfere with other religions.

Students have about two hours per week of compulsory religious study from elementary school right up to university, so young Buddhists do have the opportunity to study Buddhism in school.

Owing to a lack of teachers of Buddhism, Buddhist Institutes were established mainly to train more teachers, but in the last five years, it also has had to supply Buddhist officers for government religious departments. Despite the effort, supply is still far behind demand.

During the past 10 to 20 years, a lot of monks went to Thailand to learn meditation. Although 99% of the Theravada monks in Indonesia were ordained in the Thai tradition, somehow the Thai meditation practice of reciting “Buddho” is not popular. Instead, the Myanmar meditation methods are more popular.

Beginning from about five to ten years ago, most of the teachers came from Panditarama, Yangon, Myanmar. During the last two to three years however, there have been also teachers from Chanmyay Meditation Centre. Previously, most of the monks only practised chanting, in keeping with popular demand from the laity. However, in the last five years, the Goenka method has become quite popular. In a year, there is at least one meditation course – sometimes as much as four – held following the Goenka method. The instructors in the Goenka method are from Sri Lanka or India, as there are no local instructors.

The Goenka method is a sensitive issue in Indonesia as some say it is not the Buddhist method and thus not so safe. That is why they prefer instructors who are monks as they believe that meditation methods taught by monks are in accordance with Buddhist tradition.

Actually Buddhism already flourished in Indonesia about 1000 years ago, but later it disappeared completely.

Then about 50 years ago, an Indonesian Mahayanist novice went to Myanmar and was later ordained by Mahasi Sayadaw. Together with his friends, he tried to revive Buddhism in Indonesia. In his efforts to establish a strong Buddhist culture, he started a tradition that he called Buddhayana (“the vehicle of the Buddha”) where he tried to integrate all the different established traditions. Some say Buddhayana follows only the basic principles of Buddhism, others say it is a loose association of Theravada, Mahayana and Tantrayana traditions with the Pali parittas thrown in. Thus was established the first monastic organisation in Indonesia called Sangha Agung.

Later, some members of Sangha Agung who were more inclined towards pure Theravada teachings broke off and founded Sangha Theravada Indonesia. Similarly, other traditions manifested such as the Sangha Mahayana Indonesia.

The Buddhist lay community is made up of three different types of Buddhists. The Buddhist Kapete are those who are Buddhists according to their identity cards only. The second type is the Tisarana Buddhist who takes refuge in the Triple Gem only, and prefers not to take the five precepts as they believe that if they do so and break the precepts, it would be bad for them.. The last type is called the Upasaka who formally recite the Vandana, Tisarana and Panca Sila. They are given Buddhist names in Pali or Sanskrit. They also have a Upasaka card which is issued by the district organisation and which entitles them to some privileges, such as getting special attention from the vihara in the event of a family bereavement.

In Indonesia, before a Buddhist can register his marriage with the government registrar, he has to undergo marriage rites conducted by a Buddhist priest called a Pandita. There are two types of Panditas: one to conduct marriage ceremonies for lay people as monks are not allowed to do that; the other to give Dhamma talks as there are too few monks to cope with the demand. Whenever the Sangha spots any layman capable of giving Dhamma talks or is well versed in the Dhamma, he will be appointed as a Pandita. There are many grades of Panditas. The lowest grade, the Anubala Pandita, are usually young people in their twenties. The highest grade, the Maha Pandita, are those who have more than 30 years of experience.

Wherever we are, may all of us be guided by the Triple Gem in our pursuit of the Bodhi path until we attain Nibbana. Sadhu! Sadhu! Sadhu!