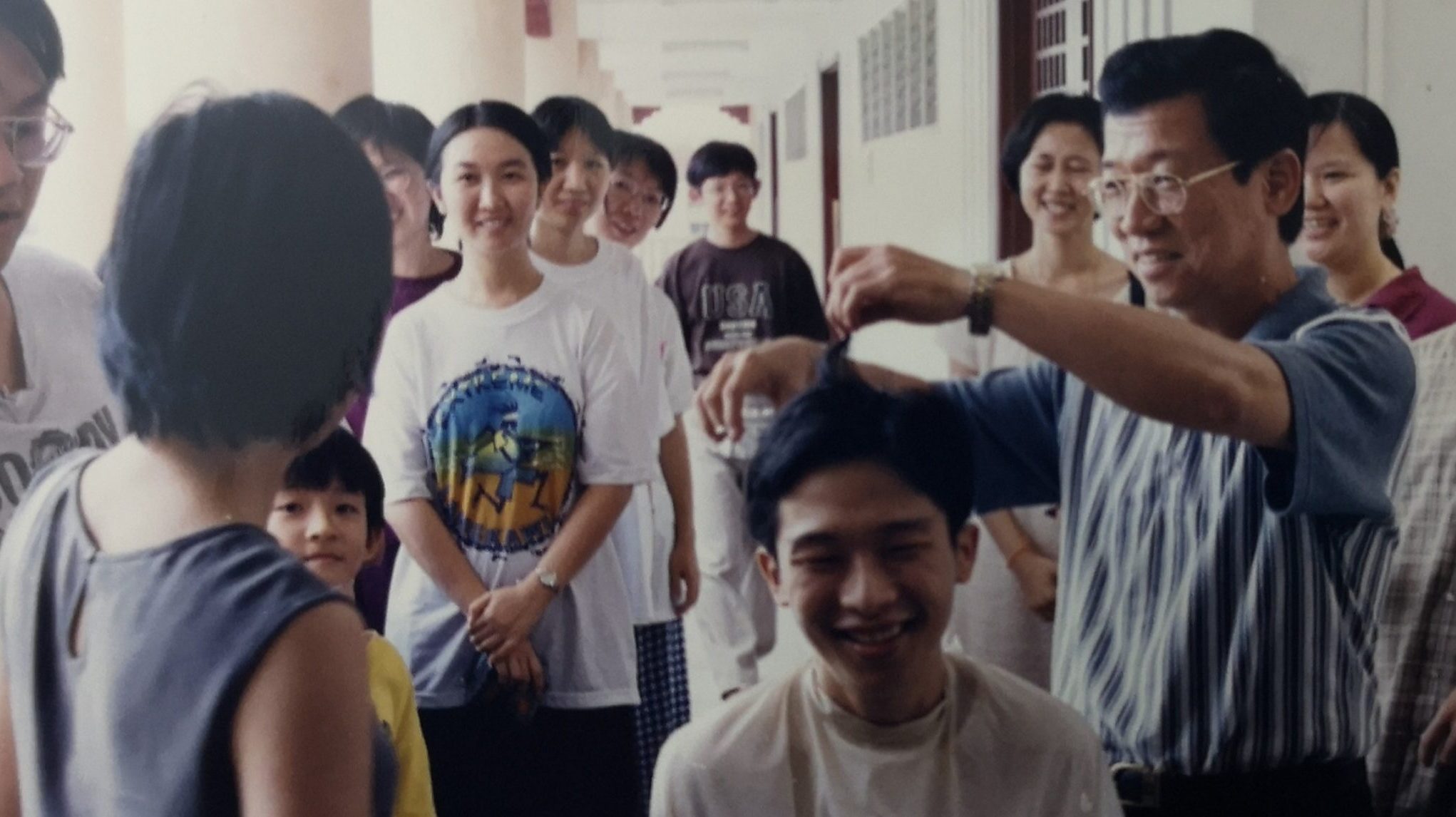 “Bhante, can you please send us one good monk to stay for the vassa in our centre?” I was asked this question more than once last year.

“What!” I exclaimed. “We don’t even have enough monks to be trained here. How on earth can we send you any?”

Yes, please be reminded that we are barely two years old. The first two new buildings in SBS were completed only in mid-2001, with just one trainee monk who had barely three vassas. By mid-2002 there was a total of thirteen buildings; two were our legacy from the original land-owner, while the rest were new buildings: seven kutis, one Abbot’s Office, one Sima Hall, one Dhamma Workers’ Quarters, and one block of washrooms for the public. In July 2002, one postulant started his training, which will take a minimum of one year before he can be considered for samanera ordination.

We are all aware that traditional herbal medicine will generally take longer to cure a sickness in comparison with modern western medicine with its undesirable side effects. Time is the price we have to pay for thoroughness and wholesomeness. This same principle applies in Sasana work. For quality products, one must be patient and selective.

As responsible Buddhists, we must remember the numerous precautions taken by our Lord Buddha to prevent the adulteration and decline of his dispensation. Two such injunctions clearly illustrate this.

Junior and senior monks have come and gone in this space of time. Now we only have one junior monk and one postulant who are prepared to persevere in our training programme. Why is the response so poor compared to the phenomenally successful novitiate programmes conducted in other centres? Let me share with you my perception of the situation.

Many young Malaysians have been drawn to don the robes because of their interest in meditation. As they are ordained in meditation centres (mostly abroad), they grow up in meditative environments where the study and practice of other aspects of the Dhamma-vinaya are not actively encouraged. When they return home after a few months or years, most are not prepared to participate in the course of training offered at SBS for various reasons.

Perhaps some may not wish to be tied down to a particular residence or routine different from what they have been used to. Others may not appreciate the importance of having holistic training in the Dhamma-vinaya. The terrain and discipline may appear to be formidable to many. Some may prefer to start their own centres with the ever-ready support of generous devotees. And so on and so forth.

There may be exceptions, but if my perception is reasonably accurate, then it may not be an easy task to convince young monks with such backgrounds of the importance of holistic monastic training.

A better option may be to start from scratch, instilling into the minds of postulants the importance of holistic monastic training for the future of the Sasana, for the long-term welfare and happiness of oneself and others. In this respect, we have received several enquiries from middle-aged men and youngsters in their early twenties. The former group’s main concern and hesitation is the relinquishing of personal property–animate and inanimate, while the major obstacle faced by the latter is parental objection.

Parents who object [unreasonably] to their sons’ [wholesome] intention to renounce are actually creating unwholesome kamma for themselves,” said Ajahn Brahmavamso during the recent Global Conference on Buddhism 2002 held in Shah Alam. And they don’t know what they are missing, as the following story shows.

Legend tells us that Emperor Asoka was inspired to become a Buddhist on his first encounter with a seven-year old samanera called Nigrodha. Initially impressed by the young arahant’s composure and restrained deportment as he strolled past his palace grounds on alms round, Asoka quickly deepened his faith in the Triple Gem. He supported the Sasana abundantly with magnificent stupas, monasteries, monuments and other requisites for the Sangha.

After a mahadana one day, Asoka was exhilarated to be told by the Sangha that he was the greatest sponsor of requisites (paccayadāyaka); there was none to equal him even during the Buddha’s lifetime.

“Am I then the heir to the Sasana (sāsanassa dāyāda), Bhante?”

“Not by this much, Great King,” answered the venerable Elder Moggaliputta Tissa on the Sangha’s behalf, “is one an heir to the Sasana; but he is considered a sponsor of requisites or a supporter (upatthāka). Great King, even if one were to offer a mountain of requisites extending from the earth until the Brahma world one would not be considered an heir to the Sasana.”

“How then, Bhante, is one an heir to the Sasana?”

“Great King, anyone who allows his or her own son to become a monk is called an heir to the Sasana.

“Asoka thought, “After having given so much I am still not an heir to the Sasana.” Desirous of becoming one, he looked around and saw Prince Mahinda standing nearby. “Even though I intend to make him crown-prince, it’s better for him to renounce,” he thought. Then he asked the prince, “Can you become a monk?”

“I shall become a monk, Your Highness,” answered Mahinda happily. “Let me renounce and let Your Highness become an heir to the Sasana.”

Looking at the tremendous response to the many novitiate programmes that were held in Buddhist temples, hermitages and centres throughout the country last year, we can be quite sure that there was no shortage of proud heirs and heiresses to the Sasana—temporarily anyway. But what we really need are permanent Sasana-heirs and heiresses.