The Way We Tick 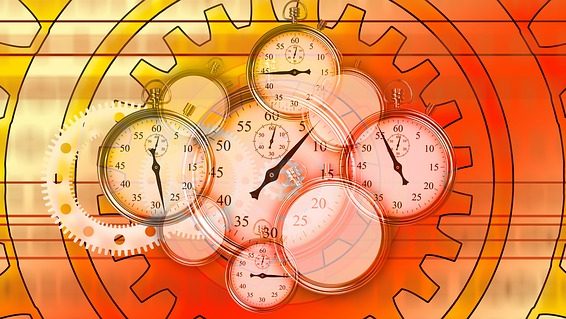 Our new Administrative Manager gives you a peek at the day to day comings and goings in SBS.

Much has been written of the support given to SBS nationwide, in terms of finance, brain and brawn, but what of the day to day running of SBS?

Let’s look at the Administration Sub-committee, headed by a member of the Management Committee with the lofty title of Administrative Manager. The Manager is ably supported by a team of very capable section heads. Under this sub-committee’s wing are general administration, dana, housekeeping, transport and health.

At the time of writing SBS has a staff of five, namely the Interim General Administrator, Field Assistant, Administrative Assistant and two general workers. Considering the size of SBS, we are really having only a skeleton staff. In other words, all have double or multiple roles to play at one time or another and they all do so without much of a murmur.

To give you an idea, let’s look at the Field Assistant, Ling Ting Hook, who is stationed at the Site Office. Besides managing the site, he also has to stand in as General Administrator (the post will be filled only at the end of June) in his absence. This means he will also have to be the telephone operator, ‘tourist guide’ to drop-in visitors, PR man, and kappiya when the need arises. Doesn’t look like an 8-hour job, does it?

Each morning, rain or shine, around 7.30am or so from Monday to Saturday, if you happen to be around the Great Pavilion of the Hokkien Cemetery, you will see a group of cheerful men and women milling around, busy laying out food. No, they are not having a picnic breakfast! These cheerful, young and the not-so-young men and women come from all walks of life. They have taken upon themselves the responsibility of looking after the physical well-being of the SBS monastics. Headed by Ooi Bee Bee, they have organised a rota to share in this very meritorious dana.

Judging by the spread, one can be forgiven the thought that this has to be the best buffet in Taiping!

As you know, a number of buildings have come up in SBS—a sima hall, kutis, an office, and visitor facilities. Except for occupied kutis which the monks look after, all need to be dusted, swept, mopped, and scrubbed fairly regularly. This is where Mrs. Koay and her team of volunteers come into the picture. Armed with mops and all manner of cleaning implements, these ladies don their gloves and cheerfully set to work without much ado every Saturday. How not to feel humbled by such generous volunteerism?

Walking up SBS is undoubtedly good exercise provided one is able-bodied, and not in a hurry. There are times though when this is not possible. This is where Lim Poh Eng and his team of drivers come to the rescue. When the occasion arises, as on Wesak and Kathina, Poh Eng will muster his fleet of vehicles to provide the much-welcomed transport up and down the hill for the throngs of devotees who come up to SBS. At other times you can see Poh Eng peering underneath the bonnets of SBS’s two 4WDs for which welfare he is responsible.

Be it a band aid or a visit to the doctor, Tong Kok Chan, a pharmacist by profession, comes to the rescue. He has organised a panel of medical practitioners to look after the monastics and SBS staff. Furthermore, he takes time off his busy business to check that the first aid boxes are stocked with the basic items.

SBS is indeed very fortunate to have such generous and helpful supporters at its doorstep. Without them SBS would be like ‘a bird flying on one wing’.