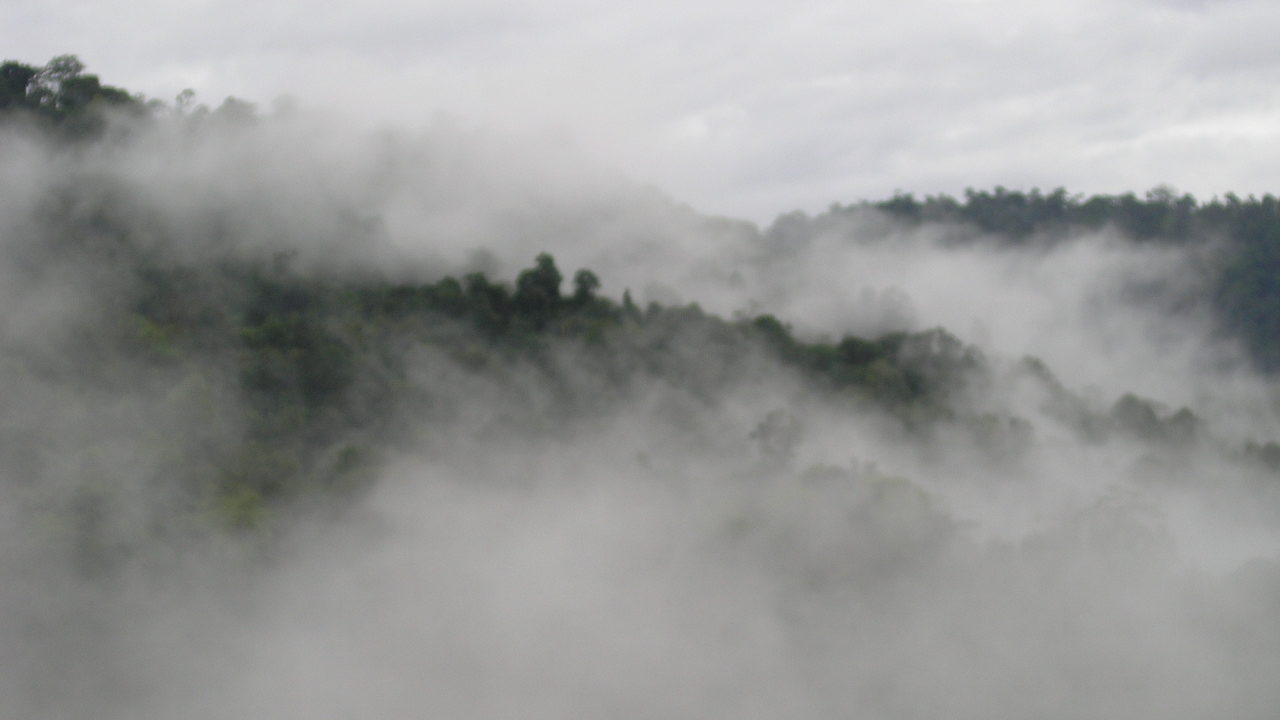 Residents of Taiping are more familiar with the Mahayanese tradition of monks as opposed to the Theravadin tradition.
This misty view of the Theravadin tradition is further compounded by some monks following their own ‘unique’ traditions, plying their pindapata rounds in and around the markets of Taiping. Recently a group of us had a very fruitful discussion with Ven. Kusala in connection with this subject.

CHUAH: Before Bhante started on pindapata rounds in Taiping, it was not a common sight for a monk on his alms round to accept only food. What was the general reaction of the people in these places when Bhante first started this practice?
BHANTE: Not everybody knows how to do dana especially the free thinkers and non-Buddhists. They feel that performing dana is meaningless so they are not interested in dana at all.
When I first started to go on pindapata in Taiping, people were not sure whether I wanted food or money. As it is my practice to refuse money and accept food only, gradually they learned to give me only food. People in Taiping are friendlier and the response here is even better than in some of the places in Penang even though Buddhism in the Peninsula started in Penang. Some of the donors are very generous. Even if I stood at their stalls every morning, they would still give me food which is more than enough for my consumption.

CHUAH: What is Bhante’s main purpose of going on alms round in Taiping?
BHANTE: Nowadays in our much developed society, a lot of people isolate themselves. They are very selfish and not at all concerned about other people. Basically everyone has a kind heart; it just needs someone to awaken it and bring it out. If there is no one to arouse their kindness, more often than not people will become very selfish and stingy.
Once the management committee of a Buddhist organisation arranged for me to go on my alms round at a nearby coffee shop. I was quite relieved to know that one of its members owned a stall in that coffee shop and I thought there would be no problem to go on pindapata there. Alas, I was wrong! As soon as one of the stall owners saw me, he started to wave his hand frantically, giving me ample warning not to go near him! Worse still, another man who sells fried koay teow thought that my kappiya ordered fried koay teow for me. He had begun frying the koay teow when someone told him that it was for dana. The minute he heard that, he removed the koay teow from the kuali and exclaimed, “We do business here, not charity!” These people do not realise that when monks go on alms round, they are actually giving the public an opportunity to sow good seeds for a better future. Without the kindness and generosity in them being awakened, lay people will not be able to live a happy life.

CHUAH: Does Bhante accept whatever food that’s offered?
BHANTE: Actually I accept only cooked food but in order to encourage more people to do dana, I sometimes accept uncooked food like raw vegetables especially when the person is in a hurry.

CHUAH: Recently there was an article in the Chinese newspaper saying that if a monk was still on pindapata after 11.00am then he was a bogus monk. Is that true?
BHANTE: Monks are allowed to eat until noon. Monks have to stop eating before noon, i.e. the time when the Muslims are having their noon prayer which occurs between 1.00pm-1.30pm so it is not wrong for a monk to be still on alms round after 11.00am.

CHUAH: When Bhante has accepted enough food for the day, does Bhante still continue to accept some more food?
BHANTE: By right I should stop accepting once I get enough food but as I want more people to have the chance to do dana, I continue to accept the offer. Not many monks go on pindapata. It would be ideal if more monks go on alms round so that more people have the chance to do dana. The rewards we get now are the result of the good deeds done in the past. If we want to have a happy life in future, we should be kind, generous and perform more dana. Dana is a virtue; it cuts off greed. Dana with good intention will bring us a lot of happiness and less dukkha. Dana can also help us to acquire sila, samadhi and pañña. When doing dana, the state of mind is very important. One should be joyful before the dana, i.e. during the preparation of food, during the offer and in the after thought.

CHUAH: What does Bhante do with the excess food?
BHANTE: As there is a kappiya around to recycle food, I will relinquish the excess food and let the kappiya send it to the needy.

CHUAH: Has Bhante ever encountered anyone who is antagonistic when Bhante goes on pindapata in Taiping?
BHANTE: Generally the people in Taiping are very friendly; but when I first started my alms round at a coffee shop, I did come across someone who was rather rude. Luckily there were other people there who were used to doing dana, so gradually his attitude improved. Perhaps he was hostile because he had heard of bogus monks before.

CHUAH: Has Bhante ever encountered a money-accepting monk in the same place for alms? If so, what was the reaction of the other monk and that of the public?
BHANTE: I have never met one face to face. I usually try to avoid them. If I knew that there was a money-collecting monk nearby, I would go to another spot for pindapata. Actually only allowable requisites, especially food, should be put in the alms bowl; not money. One of my aims of going on pindapata is to educate the public not to offer money to monks.

TAN SUAN SOON: I think there should be wisdom when we perform dana. If we suspect that they are bogus monks should we then not offer them anything?
BHANTE: I would like to remind those who give money to a money-accepting monk that in the event he uses the money to do unwholesome deeds such as drug trafficking, the donor indirectly becomes a collaborator and thus has a share of the bad kamma too.

TIAN MENG: Can a monk collect money for the extension of a temple’?
BHANTE: Monks cannot handle money. They can say, for example, “It is appropriate to build a library here.” But the donation is collected by the temple committee, not the monks.

TAN GUAN SOON: Besides performing dana to the monks, what else should lay people do?
BHANTE: They should listen to dhamma talks, share the dhamma with others and encourage them to do good deeds like dana. The robe is a symbol of an arahant. If one performs dana hoping that he would be rewarded in terms of money, that is not quite correct. One would be rewarded with everything including longevity, beauty, happiness and strength if one performs good deeds such as dana, sharing of merits and rejoicing in others’ good deeds. One should also keep precepts, meditate, give service as well as revere parents, monks and elders with the right understanding.

CHUAH: Thank you very much, Bhante, for a very enlightening discussion.
BHANTE: Sometimes the enthusiasm of a monk’s supporters might cool down if the monk was absent from a particular place for a long time. If I left Taiping one day, lay people should continue to offer food to the SBS monks. After all, when one offers food to a monk, one should be mindful that one is offering food not to the particular monk in front of him but to the Sangha.