A New Sima Sprouts on Earth 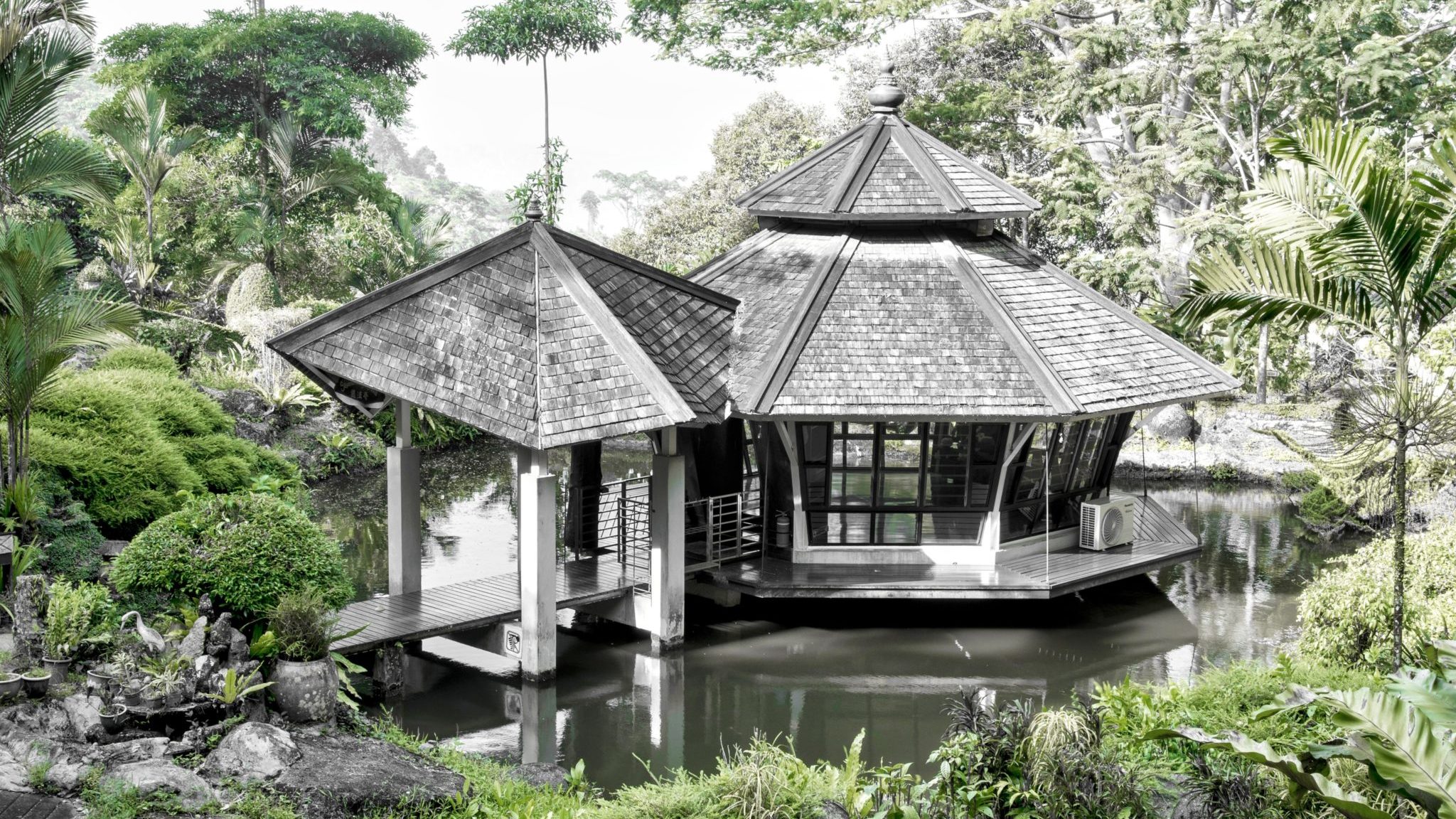 Very much like a story about Hobbitland and Middle Earth, Lee Yu Ban paints you an impressionistic picture of the Sima Declaration Ceremony held on 1 July 2001.

I often travel along the North-South Highway and on these trips I’m always aware of the vast expanse of undeveloped land between south Kedah and the town of Rawang. Around Ipoh, the country is particularly beautiful with towering mountains of thick, dark forests.

Often, I’ve caught myself wondering what secrets lie within these forested mountains—magical pools? ancient caves? exotic herbs? I imagined that there must lie sheltered within these silent hills, as in a fantasy movie, things rare and precious as jewels, unblemished by the hand of modern Man. I bore witness to a miraculous birth of one such rarity one Sunday.

It was 1 July 2001. In the land by the magical name of Sasanarakkha, known only to a small community, a small band of monks belonging to one of the oldest religious orders had gathered the day before. On that day they had performed a daylong ceremony to pave the way for the age-old rituals which would take place today. That night, they had studied, discussed and silently rehearsed the intricacies of the ritual required of them the following day.

Early the next morning, the monks made their way down the hill to a hidden valley surrounded by orchards and forests. One by one the monks, clad in robes of varying shades of ochre and brown, took their places on the ground. The site where the ritual would be performed had been neatly marked. It was once the bottom of a bubbling creek until the water upstream was diverted. Now the creek bed was dry.

The ritual would be witnessed by a number of people from across the country but would generally pass unknown to the world. At 9.30am an ancient invocation was initiated by the leader of the band of monks, a thin ascetic by the name of Venerable Aggacitta. He started by asking for the blessings of the Three Jewels. Then in a strong and powerful voice, he started a recitation of special suttas known as parittas in Pali, an ancient language. These suttas are known among the faithful for their efficacy in subduing forces of evil and attracting good.

Upon completion of the recitation, the ascetic monk called for the protection of devas over the site and surrounding hills and forests.The special ritual was then performed by the band of monks in accordance with traditional rites laid out thousands of years before.

The monks took their positions along the perimeter of the site, marked and identified by large stones in the eight major directions of the compass. Ven.Aggacitta then approached and questioned each of the monks, who were required to declare the boundary. This was conducted in two rounds in the Pali language, among the monks.

Next followed another three rounds in which laymen participated, declaring the boundary twice in English and once in Hokkien. At the end of the ritual a loud cry of “Long live the Sasana” echoed in the air. In this valley deep in the hills, a sima had been established. Nestled in the folds of the earth, a womb had been created.

This is where new monks belonging to this ancient order shall be born, stepping out into a brotherhood known as the Bhikkhu Sangha. Twice a month, on nights when the moon starts its lunar cycle and when it is full, the monks will also gather in this sima to recite the rules of their Order and to reinforce the purity of their conduct.

With the establishment of the sima, the singular purpose of the morning’s congregation had been achieved. The monks and those who had borne witness to the ceremony began to disperse, each holding onto the vision that monks emerging from Sasanarakkha Sima shall carry aloft the torch of the Bhikkhu Sangha, spreading the teachings of compassion and wisdom to the far corners of this land.

And the next time I travel along the North South Highway, I shall glance to the side and smile, for I know that hidden in the dark forests and green hills, lies a treasure throve that few know of, but I have been privy to its birth and its coming. And I smile, for I believe that in the not so distant future, I shall recognise the gems that shall come forth from there.