A Walk Through Landscape and Orchard 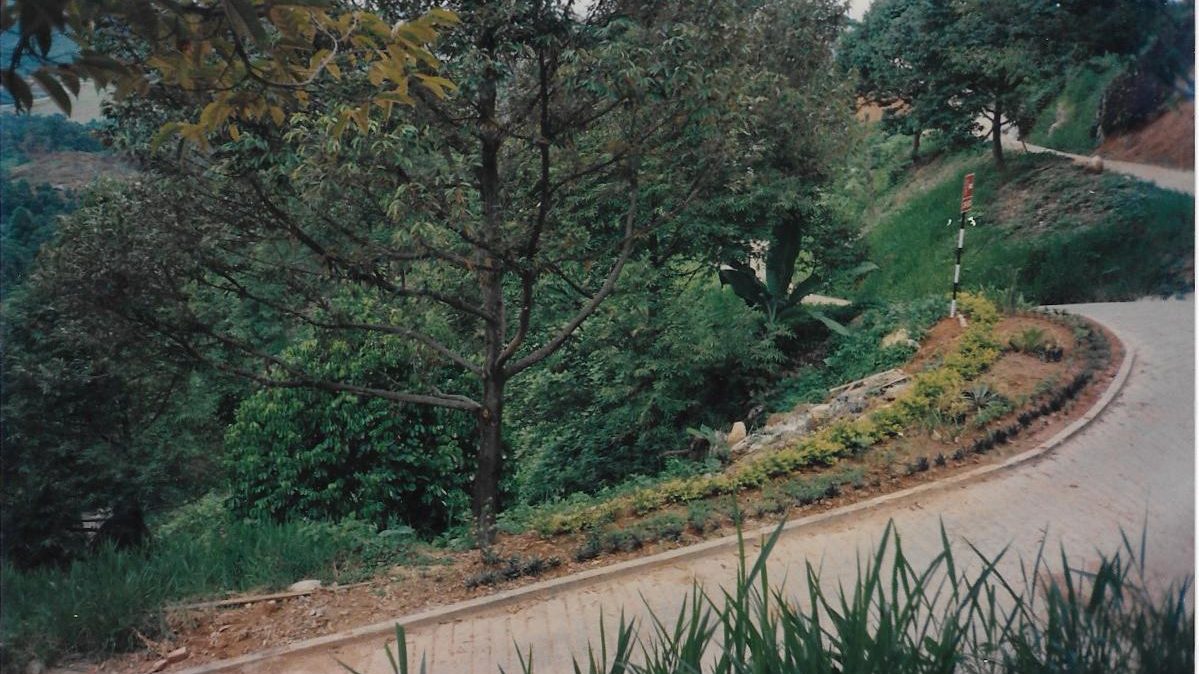 For those of you who have not visited SBS to personally see its landscaping, now is the right time to walk you through its various stages of development from the very begin-ning.

Who better to take you on this walk than the one in charge of the landscape and orchard—the person who’s been responsible for their well-being right from the beginning, Ms. Chen Sew Kian. Over to you, Ms. Chen.

“I still remember one day in January, 2000, when I climbed the hill up to Khema-rama where Vene-rable Aggacitta was then residing. Accompanied by some members of TIMS’ General Committee, I had my first discussion with him about the landscaping on SBS. I had armed myself with some beautifully illustrated books on various types of trees. Bhante Aggacitta wanted to choose some trees that would be suitable to plant as a screen at a prominent high point on SBS. This was my baptism of wood into the job of managing the landscape and orchard.

With a number of trees in mind, I went with Bhante, Ng Kian Chong and Goh Keat Soon to a commercial nursery to look for suitable saplings.

Finally it was decided to plant only pulai trees as they have a very nice shape and would serve efficiently as a screen when they are big enough.

At this juncture I began consultations with Chiu Sheng Bin, SBS consultant agronomist. He taught us how to plant and nurture the trees. From then on Sheng Bin has been making regular visits once every 2 or 3 months to check on our progress and tell us what to do next. Without him I’d be quite lost.

I next turned my attention to the durian orchard. Sheng Bin had recommended that we plant Pueraria javanica, a legume with a very luxuriant growth, as a cover crop for the durian orchard. So I bought the seeds and we planted them all over the orchard. Our efforts were well rewarded as you can see for yourself.

We employed Saw Kheng Hong as an orchard worker. He works under the guidance of Sheng Bin, who updates his work schedule every now and then to ensure that the durian trees are well and happy.

Soon, the durian trees were fruiting. Sheng Bin introduced a novel way of keeping the fruits pest-free without the use of pesticides. We bagged each fruit with recycled newspaper. Believe me, it was no easy task as you can see from the photo. The durians were high up and we had to use long poles to manipulate the bags to enclose each fruit. We suffered stiff necks and aching arms. The fruits turned out fabulous, though.

The durian trees being well and happy, my next task was to see to the setting up of a nursery to nurture a collection of plants in readiness for landscaping the areas around the various buildings which were coming up.

Plants were sourced from those who could spare us cuttings, bulbs, tubers and rhizomes. Sheng Bin also brought plants all the way from Kalimantan! Whenever he comes across an interesting plant, he would give it a new home in SBS. One of these is the Theomatococcus danielli, a sweetener plant that is 2000 times sweeter than sugar! He’s just informed us that he’s brought two sal saplings from Kushinagar to be adopted by SBS!

Planting of vertiver grass to control soil erosion on steep slopes was another area of concern. Sheng Bin brought the vertiver grass which has very deep and wide-spread roots and which is used along slopes of Malaysian highways. We planted this under his guidance.

On certain slopes other decorative plants have been planted. The very rewarding fruits of our labour can be seen on a slope near the site office where we planted over with a flowering creeper originally brought from Singapore.

We have also begun landscaping the areas around the buildings where construction work has been completed. Our durian trees are also frenziedly trying to keep up the pace. Don’t you wish you were here? By the time you come to see for yourself, more landscaping would have been carried out.

All this has been achieved with the help of a band of workers comprising members of TIMS, supporters of SBS, and volunteer groups who come occasionally to help out. I would like to specially thank the group from Ipoh Buddha Dhamma Association, led by Ong Thean Kin that comes regularly to help out. Other groups and individuals have also come to offer us much needed manpower. Special thanks also to Chiu Sheng Bin whose guidance and advice have been our compass.”

Sadhu to Ms. Chen and all those who have put in a lot of sweat and toil.