Tribute to the Unsung Heroes 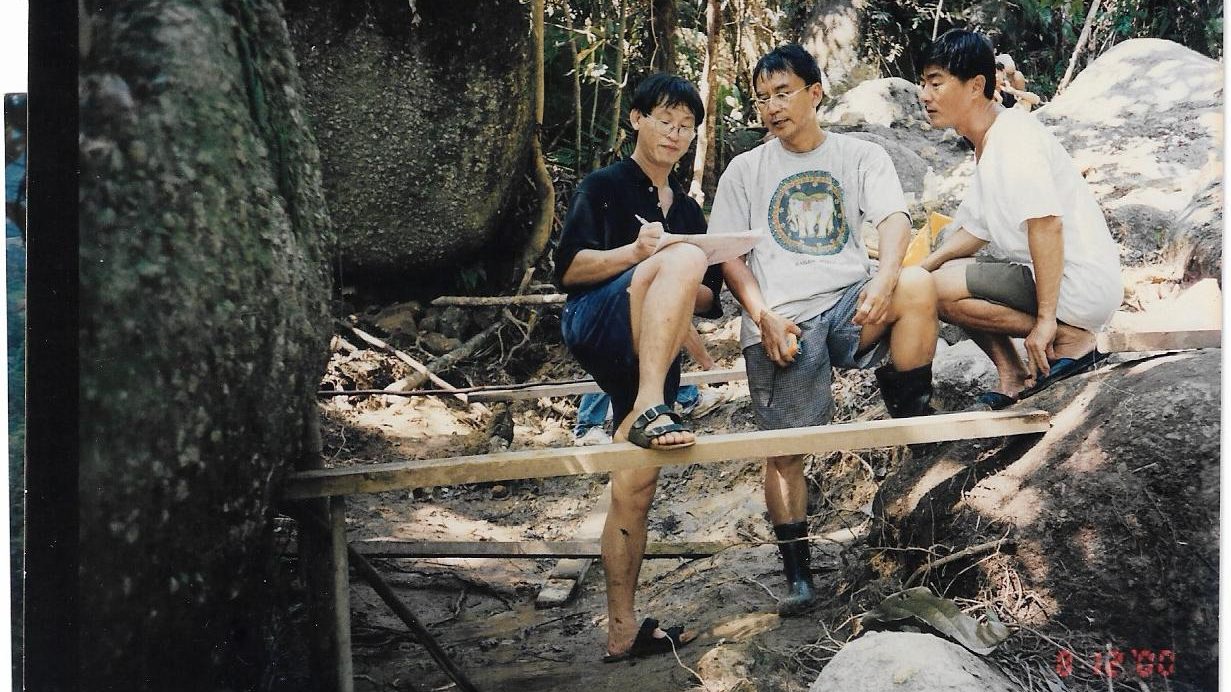 The destiny of SBS is in the hands of people from all walks of life; from monks to laypersons, from consultants to a myriad of professions right down to the construction labourers. Some receive payment for their labour, but the majority labour for free.

I am very touched when I see so many coming forward to help and offer their services so willingly. I am convinced that many of them have very little free time to spare. Yet, they come ungrudgingly to contribute whatever and however they could. I humbly take my hat off to all these people. Without these wonderful people the setting up and construction of SBS could come to a standstill. Thanks to everyone involved, SBS is slowly but surely taking shape, and the dreams of a far-sighted monk will soon be realised.

But from what I see now, SBS is no longer the dream of one monk. It has become the dream of all SBS supporters throughout the nation and elsewhere, particularly those hardcore volunteers who trudge on amidst obstacles, such as Taiping’s phenomenal rain and the burning sun. Whatever the obstacles may be, they seem absolutely determined to see that SBS becomes a reality.

From all these wonderful people, I would like to single out a few whom I liken to unsung heroes who prefer to work quietly in the background.

One such person who has been a source of inspiration and tremendous help to SBS is Bro. Ng Poh Seng, who is more popularly known as “Ah Seng” or “Koay Kak” (That’s because he sells “koay kak”. — Ed.). He puts many of us to shame in the way he goes about his work. Humble and quiet by nature, you never hear even one word of complaint from him. He used to tell me something like, “I don’t have much education. So, I can’t help in the Committee or any planning stuff. But whatever little I can do to help, just let me know and I’ll do what I can.” His ‘little’ turns out to be an enormous lot. I dare say that the job handed to him as a volunteer is one of the toughest SBS has to offer. It is a job that requires a tremendous amount of physical endurance and a very strong sense of responsibility.

You see, when we constructed the internal roads, a lot of cutting of slopes and blasting of rocks was involved. This inevitably led to soil erosion and Ah Seng took the job of planting grass quickly on the newly cut slopes to arrest the erosion. To do this, he had to take a ‘crash-course’ from a volunteer consultant, Mr KL Khor, who was an expert in planting grass along the slopes of the PLUS highway. When we talk about slopes in SBS we are not talking about one or two small ones. We are talking about slopes from the entry point of SBS right down to the lower existing kuti. If you were to stand at the lower kuti and look upwards, you would then have an idea of how vast an area is involved. And here we have this amazing guy going about his work almost single-handedly, save for the few occasions when his brother and nephew are free to help him. Very often, he has to close his stall just to coincide with his brother’s and nephew’s free days.

He has already completed planting on all the slopes, but his job is far from being done. He goes up after work to check whether the grass is sprouting and, whenever there is lack of rainfall, to water them. When the grass starts to grow he also has to fertilise the soil. This watering and fertilising is indeed hard work, as he has to carry water up and down the hill to cover every portion planted. His dedication is beyond “commendable”. It is almost unimaginable.

Before this soil erosion task, he was also involved in the clearing of the area where the water supply for the whole of SBS is to be tapped. The whole area was initially covered with rocks and thick undergrowth. The main source of labour in shifting the rocks and huge boulders to make way for water collection tanks also came from Ah Seng and his equally dedicated brother Ah Soon. They are really people you can depend on and SBS is indeed blessed to have such fantastic and dedicated helpers.

Another group of unsung heroes come in the form of Michael Woo and his three sons. The sons sacrificed their school holidays to come all the way from Kuala Lumpur to plan and clear the undergrowth and boulders for the construction of water retention tanks in the water catchment area. This father and sons team came not once but twice to stay a total of two weeks in Taiping to work at the water catchment site. Mind you, this is not a holiday for one to envy. They practically spent the whole of their stay in Taiping in that little hill slope and enjoyed every minute of it. And to top it all, they are Christians! If this is not dedication, then I don’t know what to call it. Sadhu and thank you, Michael and your three young Woos.

We must also not forget another dedicated fellow who came all the way from Kuching in Sarawak twice to stay a total of two months up in SBS. He is Bro. Tan Guan Soon. During the first visit, he helped supervise the construction of roads and clear the water catchment area. On his second visit he acted as site-supervisor to ensure that the work done by the contractors and construction workers are in accordance with the drawings and specifications of the consultants. For someone to come so far to help is amazing, but to leave his wife and children for such a long period is definitely beyond what we can ask. When I asked him why he could do all these, he replied, “What to do? Somebody has to do it.” That’s dedication for you. I salute you Bro. Tan Guan Soon. May you be well and happy always.

Besides these people, we also had other helpers like Bro. Koay Soo Kheng from Rawang who took over Guan Soon as volunteer site supervisor. Then there’re William Wong from Klang, Chu Chee Keong from Petaling Jaya, the Ban Chuan family, Eng Keat and many more who helped clear the pindapata trail from the Sanctuary to Chuan Sin Sdn. Bhd. In this area too, Ah Seng and his brother played a big part.

I should of course not miss out the many others who have also offered their time and energy at the site every now and then. They include TIMS members such as Chen Sew Kian, Lim Lay Hoon, Looi Sow Fei, Chuah Ah Hwa, Ooi Ah Bee, Choy Ping Cheng and Yee Ah Huah together with her son, Koay Chin Kwang.

There has been so many people who have come to help in one way or another that it is difficult to list all of them here. Let me just say “Sadhu!” to all of you.

Before I end, I would like to tell you of a conversation that took place in SBS. Dr Wong Wai Cheong, our Vice Chairperson I, commented that with all those merits that Guan Soon had accumulated in the work of building SBS, he probably already had a celestial mansion waiting for him. In response, Guan Soon said, “When you’re constructing a huge mansion ‘up there’ and you need a site-supervisor, I’m your man.”

May the Triple Gem shower blessings on all you unsung heroes of SBS!